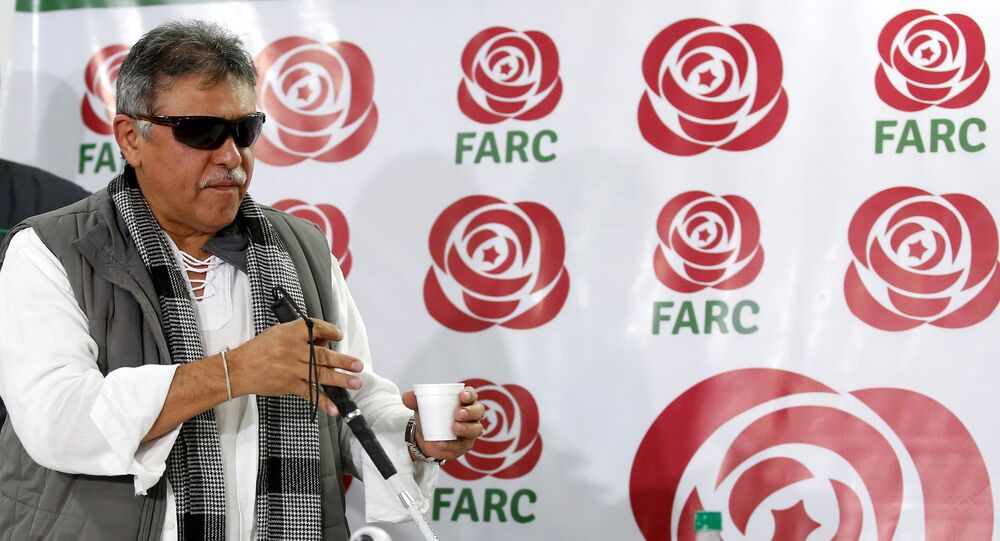 MEXICO CITY (Sputnik) - The Revolutionary Armed Forces of Colombia-People's Army (FARC-EP) said that its former head known as Jesus Santrich had been killed in Venezuela by the Colombian special forces.

"With pain in our hearts we tell Colombia and the whole world that commander, a member of the FARC-EP military command Jesus Santrich is dead ... as a result of an ambush organized by the Colombian army on May 17," FARC-EP said in a statement.

The assassination took place in Venezuela, near the border with Colombia, according to the militants.

"The Colombian commandos were sent there by direct order of President  Ivan Duque. The truck, where the commander was, was attacked with automatic rifles and grenades ...  The assassins cut the little finger of his left hand ... The special forces have been evacuated on board of the yellow helicopter to Colombia," FARC-ER added.