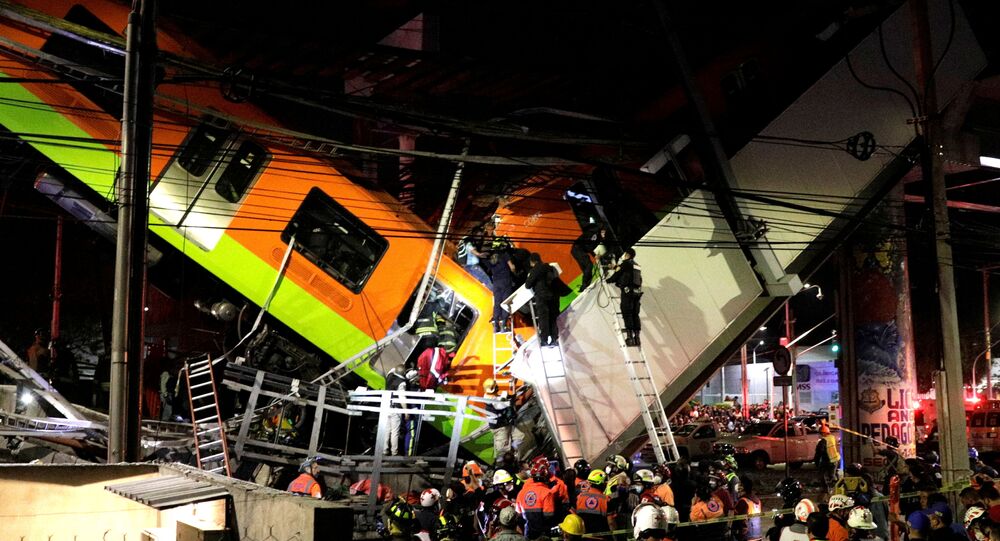 MEXICO CITY (Sputnik) - The families of the 26 victims of the subway overpass collapse will each receive $32,650 in insurance payments and another $2,500 from the government to cover immediate costs, Mexico City Mayor Claudia Sheinbaum stated on Saturday.

"The insurance policies for subway passengers provide for the payment of 350,000 pesos ($17,600) ... During negotiations with the subway, we decided that this amount is insufficient, so the payments were raised to 650,000 pesos," Sheinbaum said at a press conference, a video of which was posted on her Twitter.

According to the mayor, social workers are currently working with the families of those killed or injured in the accident. Those who live far from Mexico City are provided transportation and accommodation in the capital, she added.

"All the families of the victims will receive an immediate payment of 50,000 pesos, 10,000 pesos were already paid and the remaining 40,000 will be transferred starting Monday," Sheinbaum stated.

On May 3, an overpass carrying a subway train collapsed in Mexico City, killing 26, while 33 passengers were hospitalized. An investigation into the cause of the structural failure is ongoing. The government declared May 5-7 to be days of national mourning.