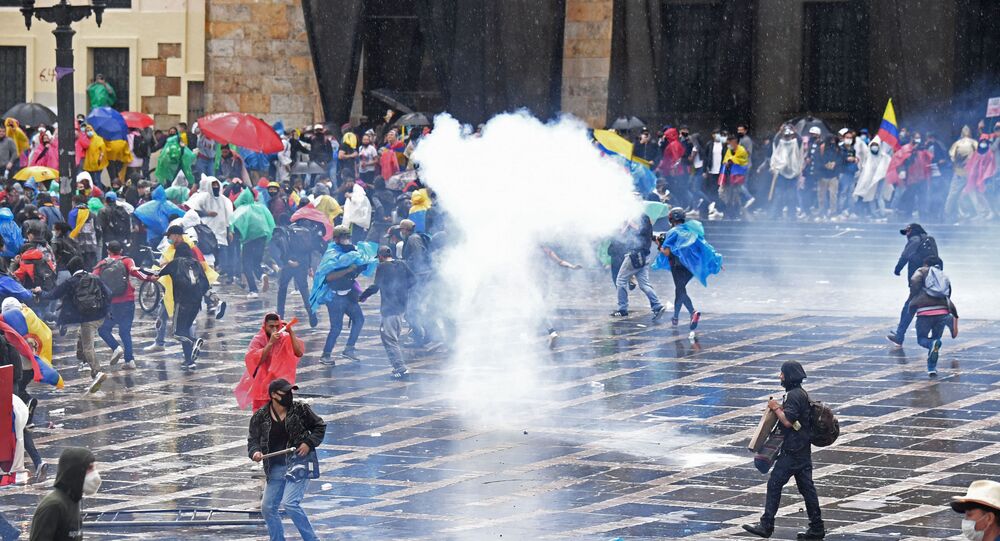 MEXICO CITY (Sputnik) - Over the past 24 hours, 29 people were injured in clashes with the police in Colombia's capital, Bogota, as protests triggered by the now-shelved tax reform continue, city mayor Claudia Lopez stated on Thursday.

"Yesterday, over 200 people were injured, today — 29, including 23 civilians and six police officers. In any case, these numbers must come down to zero. We will continue to work so that dialogue and tranquillity prevail," Lopez tweeted.

According to the Colombian Institute for Development and Peace Studies, at least 31 protesters were killed, 1,220 were injured and 87 went missing in the first week of protests against the tax reform. The biggest number of victims, 24 people, were reported in Cali, Colombia's third-largest city. The United Nations condemned the use of violence against protesters.

Colombians first took to the streets on 28 April to oppose the tax increase, which the government claimed would help mitigate the country's severe economic crisis. On Sunday, President Ivan Duque announced the withdrawal of the controversial reform, but the protests continued in Colombia's major cities.