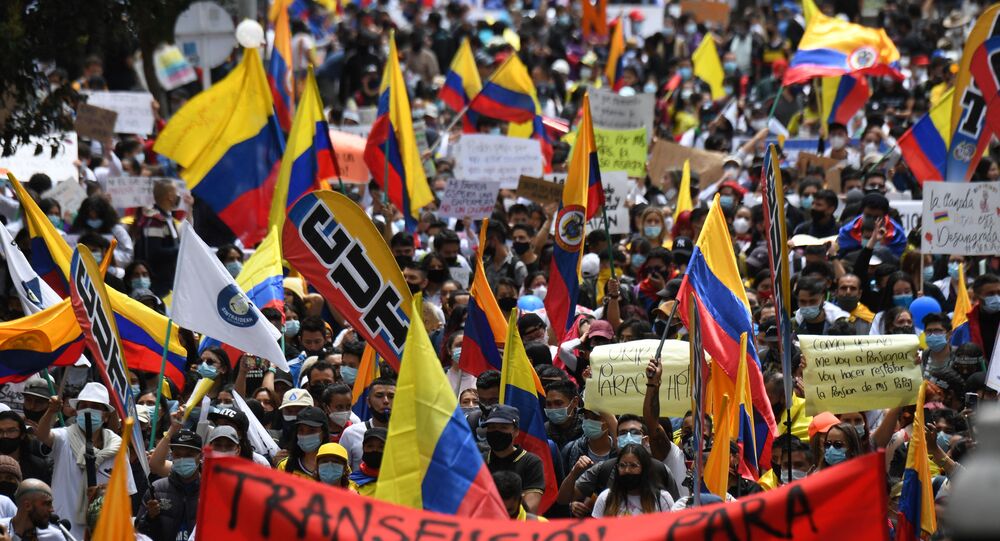 MEXICO CITY (Sputnik) – More than 90 people, including civilians and police officers, were injured during street demonstrations in the Colombian capital over the past day, Secretary of Bogota’s government Luis Ernesto Gomez said on Wednesday.

"Since morning, we continue to send and receive the wounded in our hospitals. 72 civilians and 19 policemen were injured during the protests, 91 people were injured in one day! This fratricidal violence must stop - we are all Colombians. All lives are sacred", Gomez wrote on Twitter.

​According to the official, demonstrators set on fire 15 stationary police posts.

Bogota Mayor Claudia Lopez ruled out sending troops to tackle the unrest, which she condemned, urging to cease violence on the streets.

Rallies in Colombia against an increase in gas prices and utility bills as part of state-proposed tax reform have been underway since last week. Even though President Ivan Duque called the reform off on Sunday, protesters have continued to rally, calling for a nationwide demonstration on 5 May.

Colombia's chief human rights official has reported at least 19 casualties, including one police officer, as of May 3. According to the Ministry of Defence, 846 people have sustained injuries during the rallies.