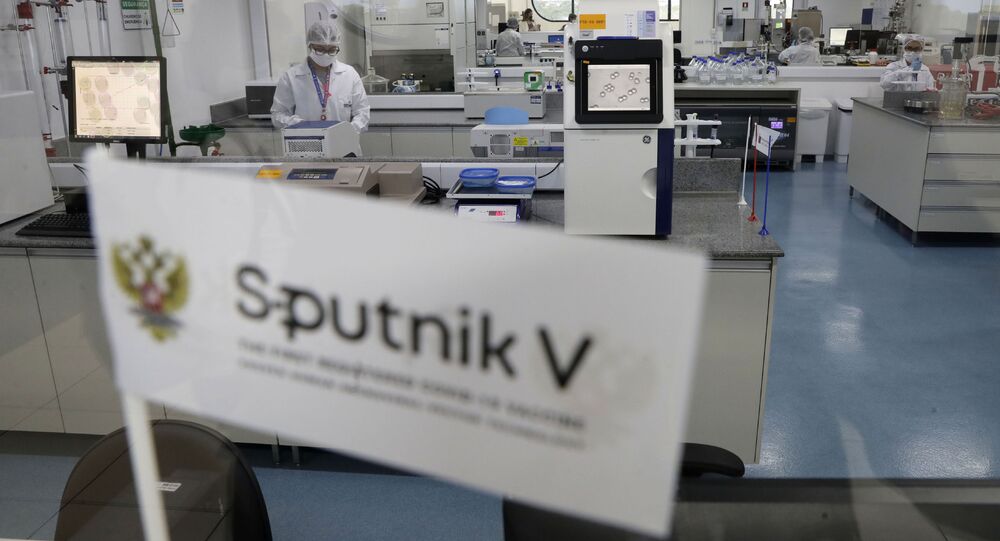 Earlier, the US Department of Health and Human Services has admitted in a report that Washington used "diplomatic relations", forcing the Latin American country to reject Sputnik V for "US safety and security".

The governor of the Brazilian state of Ceara, Camilo Santana, has slammed a decision by the federal health regulator Anvisa, who denied permission to import Sputnik V in several states, pledging to press forward for authorisation of the Russian vaccine.

"The northeastern science committee has supported Sputnik V use. I will keep fighting for this [import] permission confidently and in line with all regulations so that we could deliver the vaccine to our population as soon as possible", Santana wrote on Twitter.

The official stressed it is unacceptable to politicise such a crucial issue amid the pandemic.

His statement comes after the vaccine developer addressed the decision on Twitter earlier in the day, also pointing out that the United States pressured Brazil into rejecting Sputnik V.

"Anvisa's delays in approving Sputnik V are, unfortunately, of a political nature and have nothing to do with access to information or science", the statement said. "The United States Department of Health, in its 2020 annual report several months ago, publicly stated that the United States health attaché persuaded Brazil to reject the Russian vaccine COVID-19".

At the moment, Brazil has the third-highest number of infections in the world (over 14.3 million confirmed cases), and the second-highest death toll (over 391,000), suffering from a mutated strain of the virus.

© AP Photo / Eraldo Peres
people stand outside the entrance of the Brazilian National Health Surveillance Agency, where studies on the application of the Chinese CoronaVac vaccine are being analyzed, in Brasilia, Brazil, Wednesday, Oct. 21, 2020. Brazil’s President Jair Bolsonaro rejected on Wednesday the announced purchase of 46 million doses of the potential vaccine being developed by a Chinese company and tested in Sao Paulo, a state governed by his political rival, prompting concern he was allowing politics to steer public health decisions.

And while Anvisa certified the AstraZeneca, Sinovac, and Pfizer vaccines for emergency use, it said that Sputnik V should not be imported, noting it can't allow "millions of Brazilians to be exposed to products without due verification of quality" and claiming that Brazilian experts had flagged "uncertainties" about the drug.

In the meantime, the Russian vaccine is second in terms of the number of approvals globally, having been certified in 61 countries so far. According to the results of Phase III trials, published in the peer-reviewed medical journal The Lancet, it has an efficacy of 91.6 percent.