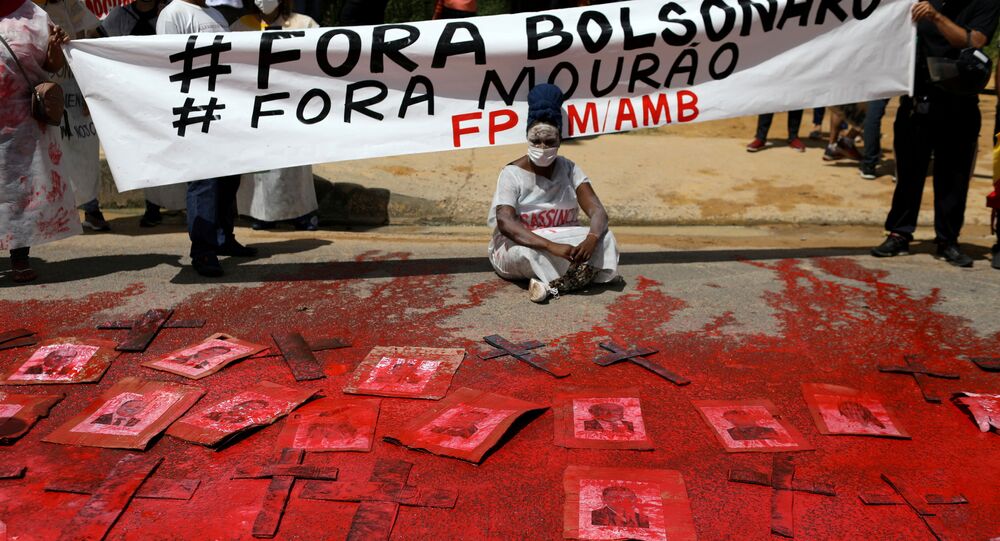 Brazil has had 14 million cases of COVID-19 since the pandemic began and 390,925 people have died from the virus - the second highest figure, behind only the United States. Sputnik spoke to one Brazilian woman who has lost eight relatives to the virus, the most recent on Sunday.

Brazilian Supreme Court judge Marco Aurélio Mello has criticised the President, Jair Bolsonaro, for his “omissions and neglect” in confronting the COVID-19 pandemic.

The virus is running rampant in Brazil with President Bolsonaro’s government and the country’s health service seemingly unable to cope.

© REUTERS / AMANDA PEROBELLI
A nurse attends to a COVID-19 patient who has been intubated in Sao Paulo, Brazil.

Roselane Driza, who lives in the Brazilian capital Brasilia, lost seven members of her family between September 2020 and March this year and on Sunday, 25 April, she lost an eighth - her brother Roberto, died aged 57 in the city’s Santa Maria Hospital.

She told Sputnik: "He died alone. There are no visits allowed and he wasn’t even allowed a mobile phone. It’s sick. It’s disgusting. This is Brazil. Evil rules."

Ms Driza was deported to Brazil from Britain after she was accused of blackmailing an immigration judge and stealing “intimate” video tapes from another judge. She was later cleared of the charges.

Ms Driza said: "British people please help the Brazilian people as our government does not doing nothing to fight against COVID-19."

​President Jair Bolsonaro has hired four health ministers and fired three of them since the pandemic began.

Bolsonaro, a right-wing former military officer, suggested on Friday, 23 April, the army might be called out to restore order if lockdown measures he opposes lead to chaos.

In a television interview President Bolsonaro said: "That lockdown policy, of quarantine, is absurd. If we have problems...we have a plan of how to act. I am the supreme head of the armed forces." 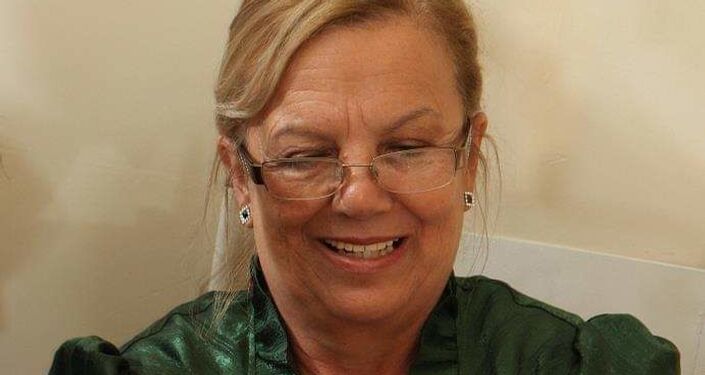 Ms Driza’s 73-year-old aunt, Odette, and her uncle Flores, who was 72, died in September and she lost five more cousins before March when her 77-year-old mother Jandira fell ill.

Her mother - who died despite having been given a Chinese vaccine, CoronaVac - was intubated against her wishes and died on 25 March.

Ms Driza said 80 percent of the people who were intubated in Brazil were dying.

"I have heard that in Brazil when they intubate the elderly or people with comorbidities they reduce oxygen so that the patient will die and give the place to a younger person. Brazil is a genocidal country," she said.

She herself has contracted the virus and is recovering slowly at home but her brother died while waiting for a bed in the intensive care unit.

Ms Driza, who lives in Recantas das Emas, a suburb of the capital Brasilia, said most of the hospitals in Brazil are not allowing COVID-19 patients to carry their own mobile phones.

Ms Driza said: “In the hospital that my brother was in, his cell phone was confiscated so he wouldn't communicate with anyone. He was isolated without visits and cell phone.”

“They are not allowed to see their loved ones. COVID patients here living in hell and in jail,” said Ms Driza.

She said: “We recognise that the health system is overloaded. They are not able to take care of so many patients. Public hospitals do not have the financial resources to treat Covid. Professionals do everything to help everyone. Unfortunately, due to the lack of health professionals, patients end up dying.”

Ms Driza added: “Health workers are exhausted. In Brazil it is very difficult to get tested for Covid because it is very expensive. In public hospitals, health centers they rarely perform the swab test because the Ministry of Health does not want to invest in the prevention or treatment of Covid.”