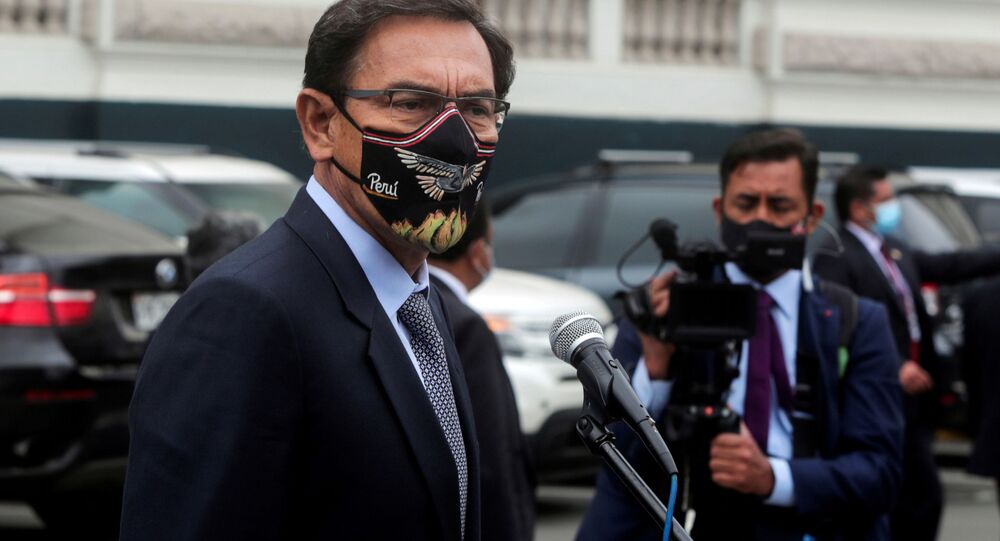 MEXICO CITY (Sputnik) – The Peruvian Congress has deprived former President Martin Vizcarra and two ex-ministers of the right to hold public posts over illegal COVID-19 vaccinations with the drug Sinopharm.

In January, a journalistic investigation showed that Vizcarra, his wife and brother, as well as hundreds of other former and current officials received doses of the Sinopharm vaccine in October 2020 when the drug was undergoing clinical trials in Peru.

"At the plenary session of the Congress, it was decided to suspend Martin Vizcarra for 10 years, as well as the health minister and the foreign minister for eight years and one year, respectively, from holding public posts. As usual, we are acting impartially, legally, without giving anyone privileges", President of the Congress Mirtha Vasquez wrote on her Twitter page.

The decision was made unanimously, with 86 votes.

Peru's Congress impeached Vizcarra over corruption and bribery in a 105-19 vote in November. In mid-September, Vizcarra already passed one impeachment vote initiated over his alleged abuse of power for giving away controversial state contracts. Less than a month later, he was confronted with new charges of bribery and corruption.