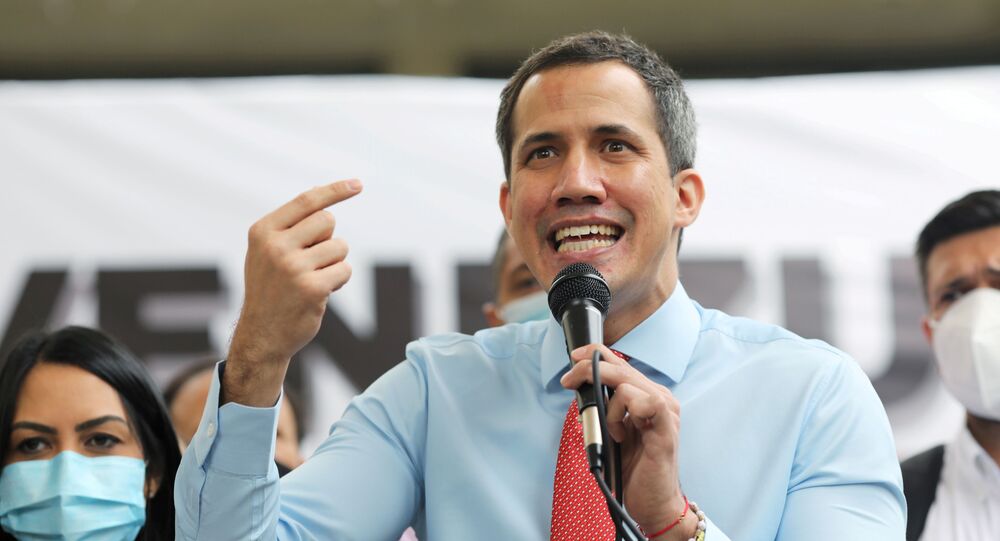 MEXICO CITY (Sputnik) - Jorge Rodriguez, a member of the Venezuelan parliament, published an audio recording of what he claimed was a conversation between supporters of opposition leader Juan Guaido about the costs of maintaining foreign missions and accused them of intending to embezzle more than $53 million from frozen Venezuelan funds in the US.

"They are preparing figures for the US Office of Foreign Assets Control to approve their embezzlement and they will get the funds of Venezuela - 'defense spending' of Narnia, 'expenses of PDVSA' (of course, not producing a single can of oil) and millions of dollars to companies owned by Hernandez (Narnia's attorney)," Rodriguez tweeted.

In a thread of follow-up tweets, the lawmaker attached an audio which he said recorded Sergio Vergara, Guaido's supporter, allegedly talking about the costs of maintaining the diplomatic missions of the opposition. Rodriguez promised to release other recordings within a day, revealing the opposition's plans and financial claims.

"Do you remember Sergio Vergara? Yes, the same criminal who, along with Juan Guaido, signed a contract with the [US] mercenary [Jordan] Goudreau to attack Venezuela [unsuccessful attempt of Venezuelan rebels and Goudreau to remove President Nicolas Maduro from power]. Yesterday, he met with former lawmakers to conspire and steal $53,273,133 of what the U.S. government stole from Venezuela," Rodriguez said in a follow-up tweet.

​Last week, Venezuelan Foreign Minister Jorge Arreaza slammed London and Washington for their refusal to release its frozen assets for the procurement of vaccines against COVID-19. In particular, according to the minister, the Latin American country requested at least $300 million be unfrozen for this purpose, but neither the US nor the UK responded to the demand.

On 21 January 2019, mass rallies began in Venezuela against President Maduro shortly after he was sworn in. Former speaker of the National Assembly, Guaido, illegally proclaimed himself the interim leader of the country. Several Western countries, led by the United States, recognized Guaido. Maduro called the head of parliament a US puppet.

In the meantime, the US continues to work via sanctions and diplomatic pressure to bring about "free and fair" elections in the country.