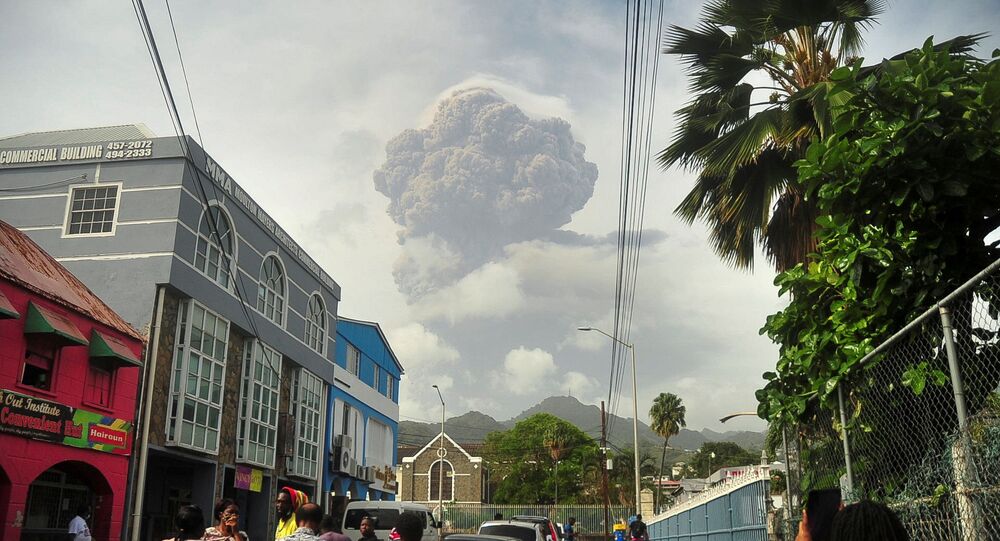 At least ten villages and communities in St Vincent have been designated 'red zones' since volcano La Soufriere's eruption this week, with the West Indies nation's emergency agency warning of deadly pyroclastic flows from the column of ash.

The Prime Minister of St Vincent and the Grenadines has told citizens fleeing a volcanic eruption they won't be evacuated unless they've had the COVID-19 vaccine.

In an extreme example of the 'COVID passport' concept, PM Ralph Gonsalves said un-immunised residents of the main island of the southeast Caribbean nation would not be allowed to board two cruise liners that came to evacuate them to neighbouring islands after La Soufriere volcano erupted.

"The chief medical officer would be identifying the persons already vaccinated so that we can get them on the ship[s]," Gonsalves said.

The PM added that those hurrying to get the jab so they could be evacuated would would have to wait "a day or two" to embark for fear of side effects such as "a littlewooziness in the head".

Gonsalves became visibly emotional as he described the generosity of people in his country and fellow Caribbean states who had volunteered to put up refugees "in their homes".

​The government has designated at least ten communities in the "red zone" at risk from the eruption and ordered all residents to evacuate.

​The island nation has vaccinated at most around nine per cent of its 110,000 population against the deadly coronavirus strain so far. It received 24,000 doses of the AstraZeneca 'Oxford' jab on Wednesday from the Word Health Organisation-supported COVAX programme, enough to fully vaccinate 12,000 people — just over 10 per cent of residents.