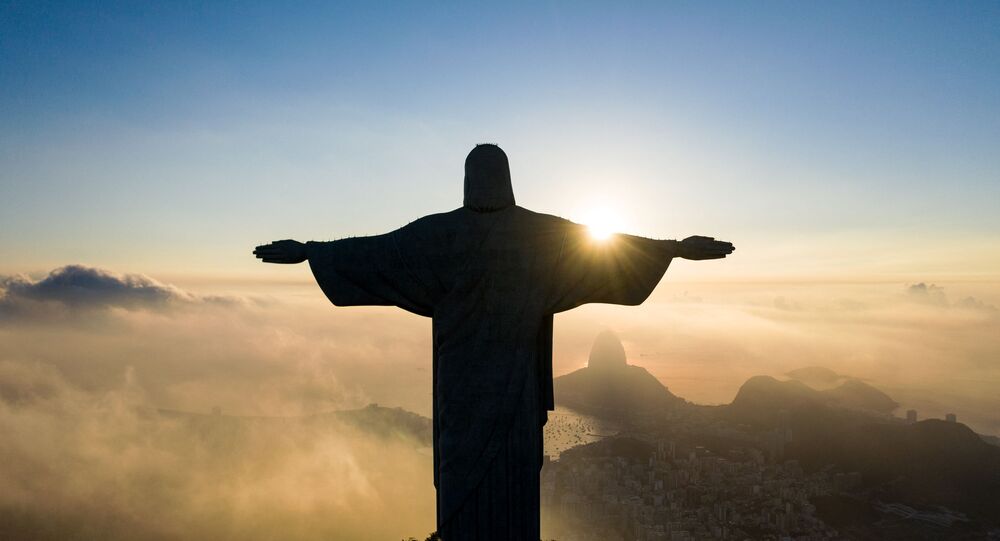 Brazil Is Building Another Statue of Christ, Taller Than the One in Rio de Janeiro

Christ the Redeemer, 30 metres (98 ft) high, is considered to be one of the New Seven Wonders of the World. A symbol of Christianity, it is a cultural icon for Brazil and for the city of Rio de Janeiro, specifically, and one of the nation's most popular tourist attractions.

A new statue, dubbed Christ the Protector, is being constructed in Brazil's Encantado, reportedly to inspire religious faith and boost tourism in the city, with the monument set to be higher than Rio de Janeiro's famous Christ the Redeemer.

When completed, the statue will stand at 43 meters (140 feet) tall, including its pedestal, according to The Daily Mail.

The project is being coordinated by the Association of the Friends of Christ and will reportedly cost at least 2 million reals ($350,000). The work, financed by donations, has been underway since 2019.

Brazil building new giant Christ the Protector statue, taller than Rio's, in the south of the country (AFP) pic.twitter.com/BeNIa1oeyY

​Christ the Redeemer, which is 30 metres (98 ft) high, oversees the Brazilian city of Rio de Janeiro. A global symbol of Christianity and one of the New Seven Wonders of the World, it is also one of the area's most popular tourist attractions.

Restoration of Christ the Redeemer Statue in Brazil