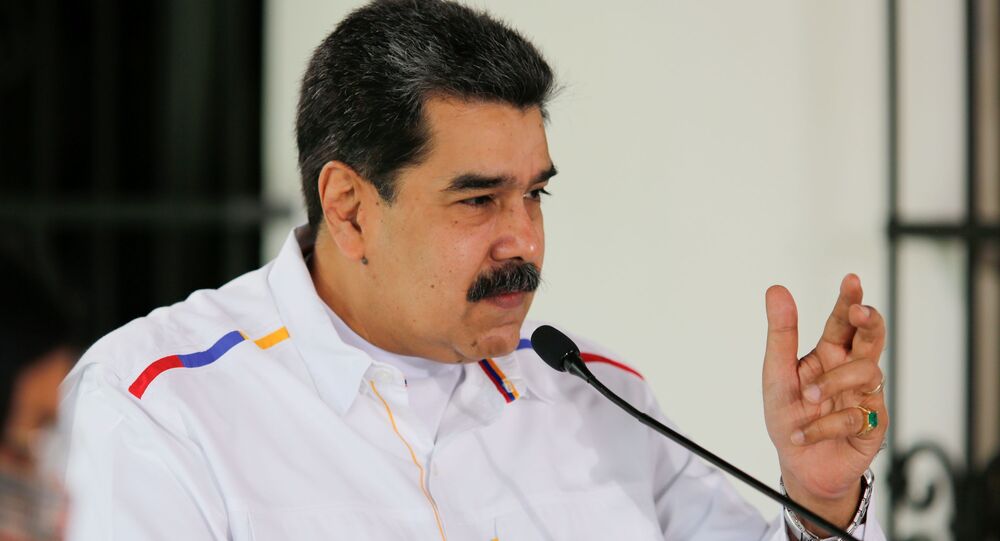 Venezuela’s defense ministry has accused the Colombian government and the CIA of sponsoring armed groups operating in the border areas. In late March, Caracas launched an operation against armed groups from Colombia in the border state of Apure.

"[Foreign Minister] Jorge Arreaza is directing a communication to the Secretary-General, Antonio Guterres, to request immediate emergency help from the United Nations … so that they bring all the technology to deactivate the minefields left by these irregular groups of murderers and drug traffickers from Colombia," Maduro said in a Sunday address broadcast by state TV.

The president assured that all irregular groups from Colombia were going to be removed from Venezuela and that the entire territory of Apure was going to be "liberated."

On March 21, the Venezuelan Armed Forces launched Operation Bolivarian Shield 2021 in the western state of Apure on March 21 in an effort to root out Colombian militancy from the border area. According to the Venezuelan Defense Ministry, several camps were destroyed, weapons were seized, and dozens of people were detained. Several Venezuelan servicemen have died in the operation, including two soldiers who were blown up by mines on April 1.

Venezuela says they are trying to control the border with the tacit approval of Bogota.

In mid-February, Venezuela held its first military drills in 2020, after which Maduro said that national security forces were preparing surprise counter-terrorism exercises amid the threat of subversive groups, which could arrive from Colombia and the United States.

Human Rights Watch (HRW) said in a January report that people in the western Venezuelan state of Apure and the neighboring Colombian province of Arauca face brutal violence from armed militants on a daily basis. In particular, it named the National Liberation Army, the Patriotic Forces of National Liberation, and a group that emerged from the demobilized Revolutionary Armed Forces of Colombia, commonly known as the FARC, among those who have abused citizens. HRW said cases of rights violations include murder, rape, forced child labor and others.