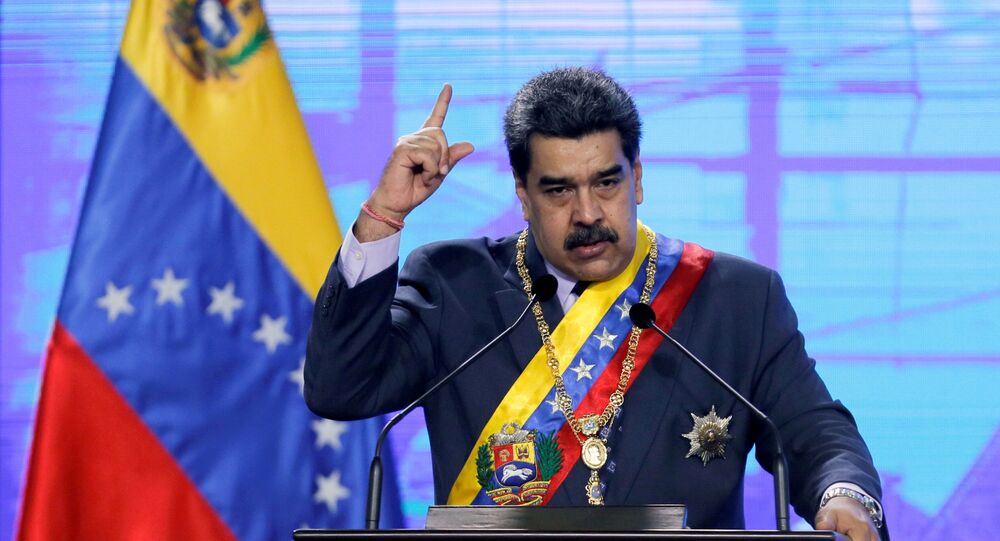 In December, Moscow concluded a deal with Caracas on the supply of 10 million doses of Sputnik V, the world's first registered vaccine against COVID-19, to Venezuela.

Venezuelan President Nicolas Maduro has stated that when it comes to COVID-19 vaccine, Western countries are attacking Russia because of envy.

"Now they are carrying out an attack of envy […] because Russia produced in record time Sputnik V, the most effective and safest vaccine against the coronavirus in the world", Maduro said on Wednesday, adding the West is involved in such behaviour instead of cooperating with Moscow in terms of vaccine production.

He added that apart from him, his son and sister were vaccinated with Sputnik V, thanking Russia for its commitment to increasing vaccine deliveries to Venezuela, which he recalled was the first country in Latin America and the Caribbean to receive the drug for Phase 3 clinical trials.

The Venezuelan president separately praised Russia's role in producing vaccines against polio and smallpox, remarks that came a few days after a plane carrying a new batch of Sputnik V arrived at the Simon Bolivar International Airport in Caracas.

Earlier this month, Maduro said the Venezuelan authorities are planning to start vaccination of the elderly population using Sputnik V.

The first batch of the Russian vaccine for testing was shipped to the South American country in October 2020, and regular deliveries of Sputnik V began in early February.

Kremlin spokesman Dmitry Peskov said last week that Russia had never politicised the issue of COVID-19 vaccines, and that Moscow has "no aspirations to use the vaccine as an instrument of influence, and never will".

The spokesman also said the Kremlin disagrees with French President Emmanuel Macron's claims that Russia and China are waging some kind of a vaccine war.

He spoke after Macron asserted that Europe was facing a global war of a new type, accusing Russia and China of attempting to destabilise the situation and use vaccines as an instrument of pressure.

© Sputnik / Grigory Sysoev
Venezuela Receives Batch of Russia's EpiVacCorona Vaccine for Study, Minister Says
The authorisation of Sputnik V within the EU has been dogged by controversy as some officials and politicians spoke out against the use of the vaccine for various reasons. Russia, for its part, assumed possible political bias against Sputnik V and reiterated that its efficacy has been proven in clinical trials.

Sputnik V has already been okayed in 58 countries, becoming the world's second top vaccine in terms of approvals. According to the medical journal The Lancet, its efficacy stands at 91.6 percent.