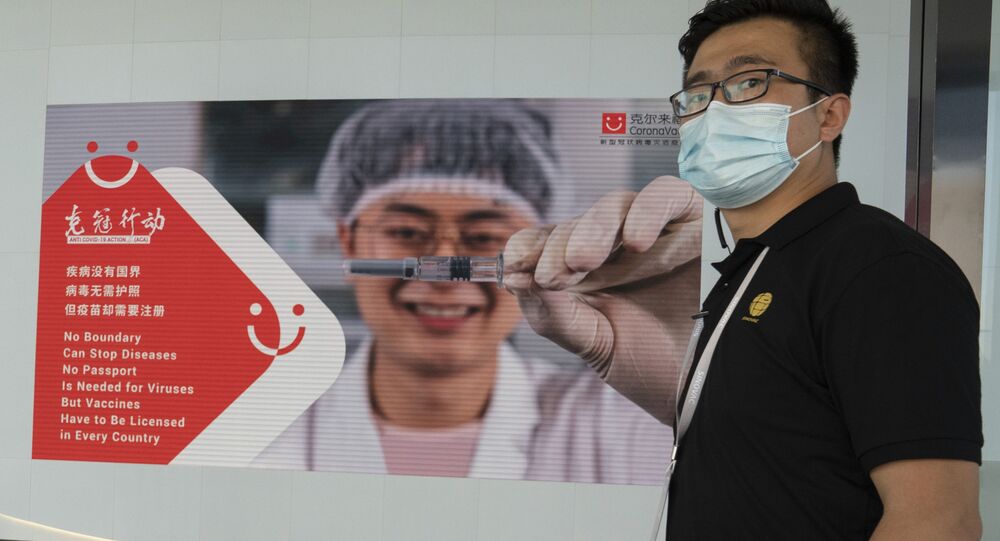 MEXICO CITY (Sputnik) - Omar Fayad, the governor of the Mexican state of Hidalgo, called on the health authorities to launch an inquiry into the death of a 75-year-old woman shortly after she was administered a shot of the coronavirus vaccine made by the Chinese Sinovac company.

"I requested that we carry out an investigation between the competent authorities of SSalud_mx [Secretariat of Health of Mexico], and supported by Salud_Hidalgo [Secretary of Health of the State of Hidalgo], to know the causes that led to the unfortunate death of an elderly person in this vaccination process in Hidalgo," Fayad tweeted late on Thursday.

According to media reports citing the family of the deceased, Mariа Solis Godinez, she passed away on Thursday 15 minutes after getting inoculated at the vaccination centre. The relatives accused the medical staff of negligence as the woman suffered from high blood pressure and was still administered the shot.

The authorities, however, said that the cause of the death remains unclear, with no evidence of the vaccination being behind the incident. According to the initial findings, the deceased had a chronic heart disease.

The immunization campaign kicked off in Mexico in late December, and the vaccination of the elderly in Hidalgo was performed on Monday. Solis' case is the first fatality after the vaccination, registered in Mexico, which to date detected over 2,100,000 COVID-19 infections and nearly 200,000 related fatalities.