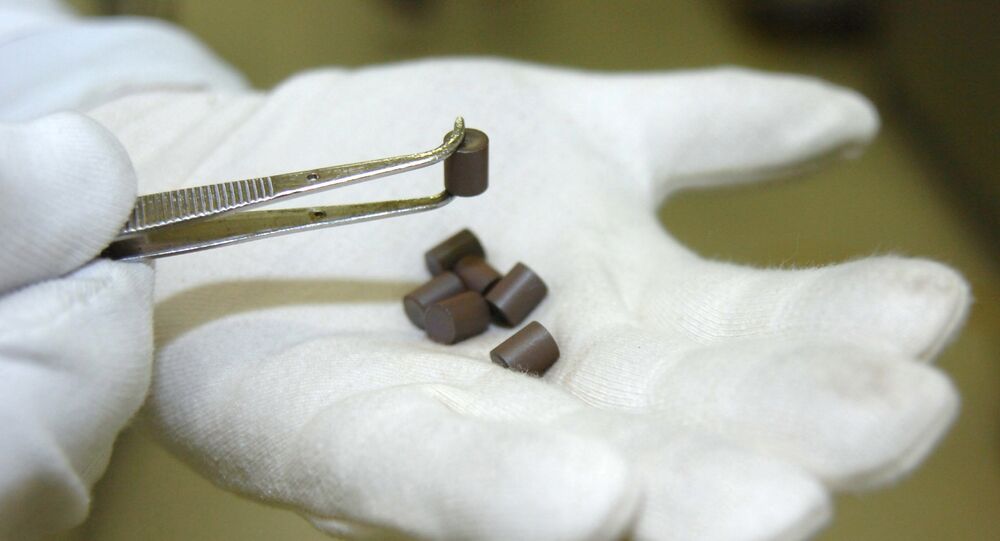 The former head of the Venezuelan parliament proclaimed himself interim president of the country alleging that elected President Nicolas Maduro rigged the 2018 vote. Despite western states initially supporting Guaido's claims to the presidency, many of them have since abandoned such rhetoric.

Venezuelan opposition figure Juan Guaido has said in an interview with the news outlet Israel Hayom that he "believes" the uranium extracted in his country is being illegally smuggled to Iran, among other destinations.

The opposition politician did not name any other countries, where he "believes" the uranium is being smuggled nor did he provide proof to substantiate his allegations.

Guaido instead referenced "public knowledge" that several members of the Venezuelan military, which remains loyal to elected President Nicolas Maduro, have purportedly been arrested over the smuggling operation. The opposition figure claimed that a "preliminary investigation exists into uranium stockpiles in Venezuela" and a probe is being conducted into the possible destinations of the alleged operation. He did not elaborate about who had opened or was leading the investigation.

"There is a large reservoir of uranium in Venezuela that is smuggled from the country somehow, through illegal channels", Guaido told Israel Hayom.

The opposition politician, who used to be the head of the National Assembly, the country's parliament, further claimed that a "crime syndicate", purportedly organised by President Maduro, had "allowed" Iran to "enter" Venezuela, while importing oil from the Islamic Republic. It was unclear from Guaido's interview if he is linking the oil and fuel shipments from Iran to Venezuela's alleged smuggling of uranium.

In January 2019, Juan Guaido, head of the opposition-dominated National Assembly, proclaimed himself interim president of the country, alleging that Maduro rigged the 2018 presidential election. Numerous western states supported Guaido at the time. The man unsuccessfully staged a coup later the same year, presumably with help from the US. However, the majority of Venezuelans and the military, which he appealed to, ignored his calls to help him usurp power from Maduro.

Following the opposition's boycotting of the 2020 general election and subsequent loss of their seats in parliament, many European states stopped referring to Guaido as the interim president. The US vowed to continue to pressure President Nicolas Maduro to resign, but made no mention of Guaido's role in Venezuela's future.