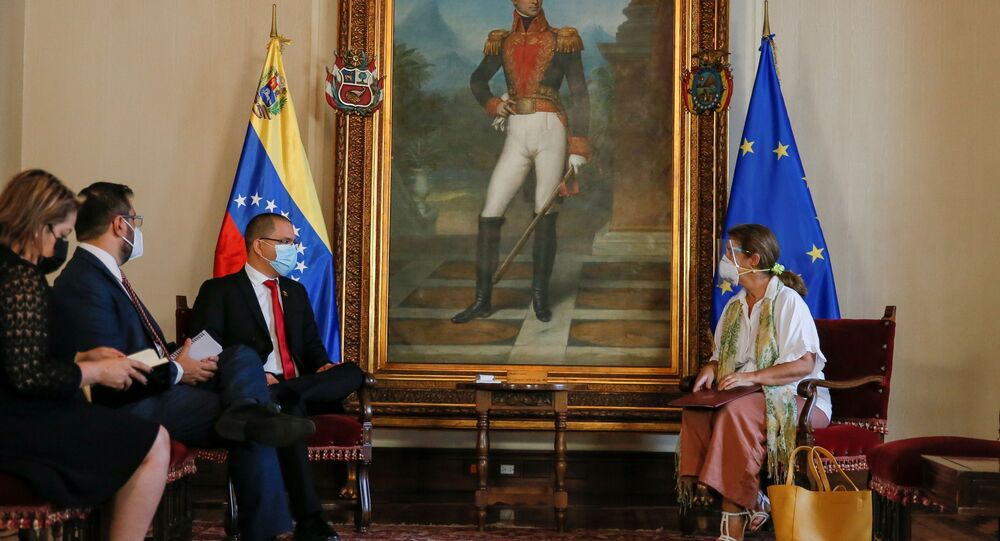 WASHINGTON (Sputnik) - The expulsion of the EU diplomatic mission head from Venezuela will isolate the government of President Nicolas Maduro even more, US State Department spokesperson Ned Price told reporters.

On Wednesday, Venezuelan Foreign Minister Jorge Arreaza announced that the EU envoy in Venezuela had been declared 'persona non grata' and would have leave the country within 72 hours.

“By expelling the EU Ambassador to Venezuela, Isabel Brilhante Pedrosa, the Maduro regime has removed one of the international champions standing up for democracy in Venezuela and human rights of the Venezuelan people,” Price said on Thursday. “This action will only further isolate the Maduro regime.”

The decision was made in response to a new bout of sanctions that EU foreign ministers imposed on Monday on another 18 Venezuelan officials over human rights violations and accounts of "undermining democracy." The total number of Venezuelan nationals under EU sanctions has reached 55.

Maduro stressed later on Wednesday that his regime would not engage in dialogue or deals with the EU until sanctions are lifted.

EU sanctions followed parliamentary elections held in Venezuela in December 2020. According to the National Electoral Council of Venezuela, the elections were won by the ruling United Socialist Party of Venezuela - led by Maduro - which secured him a total of 219 seats (nearly 63 percent of all seats). The opposition boycotted the elections.

The EU did not recognize the results of the elections, calling the voting process undemocratic and a "missed opportunity for freedom."