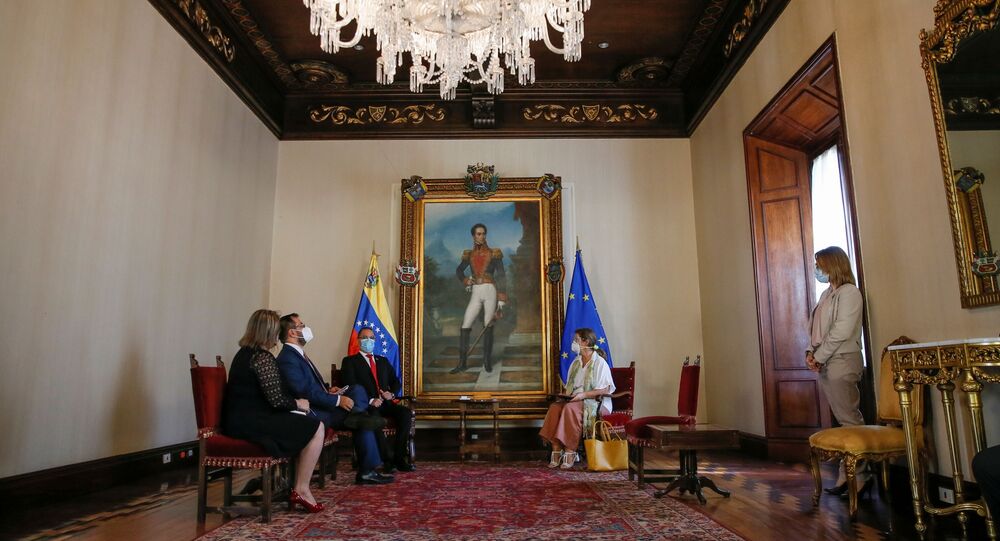 On Wednesday, Venezuela gave the delegation of the European Union 72 hours to leave the country after declaring Isabel Brilhante Pedrosa, the EU ambassador to Venezuela, 'persona non grata.'

On Thursday, "on the initiative of the High Representative of the Union for Foreign Affairs and Security Policy", the European Council declared the head of Venezuela's diplomatic mission to the EU "persona non grata" in response to the Caracas' Wednesday move.

"This is a response to the decision by the Venezuelan government to declare the head of the EU delegation to Venezuela as persona non grata", the EU Council said in an official statement. "The EU considers this declaration as wholly unwarranted and contrary to the EU's objective of developing relations and building partnerships in third countries."

Earlier in the week, Caracas gave the European Union delegation 72 hours to leave the country after the EU on Monday 19 sanctioned Venezuelan officials on allegations of crimes against democracy and human rights.

The move by Brussels to sanction the country's officials prompted bitter criticism from Caracas. Venezuela "categorically" rejected the EU accusations, saying that the sanctions are a result of "frustration" over the failure to bring about regime change in the country.

The EU called on Venezuela to change its decision, saying that the bloc "profoundly regrets the decision" and warned that it will "only lead to further international isolation of Venezuela."

This was echoed by US State Department spokesperson Ned Price, who said that the expulsion of the EU diplomatic mission head from Venezuela would "further" isolate the government of its president, Nicolas Maduro.

After the December 2020 parliamentary elections in Venezuela, the European Council called them "a missed opportunity for democracy" and asserted they were conducted "without a national agreement on electoral conditions".

"Venezuela urgently needs a political solution to end the current impasse through an inclusive process of dialogue and negotiation leading to credible, inclusive and democratic processes, including local, presidential and legislative elections", the European Council stated.

The elections, boycotted by the opposition, were won by the ruling United Socialist Party of Venezuela, led by President Maduro. The EU does not recognize the results and has imposed additional sanctions on Maduro's political and business allies.

Maduro stated that his government will not engage in dialogue or deals with the EU until sanctions are lifted.

Despite the denouncement of the December elections results, in late January, the European Council said that it would no longer recognize Juan Guaido as an interim president, after he proclaimed himself as such in early 2019 amid the ongoing political crisis in the country.