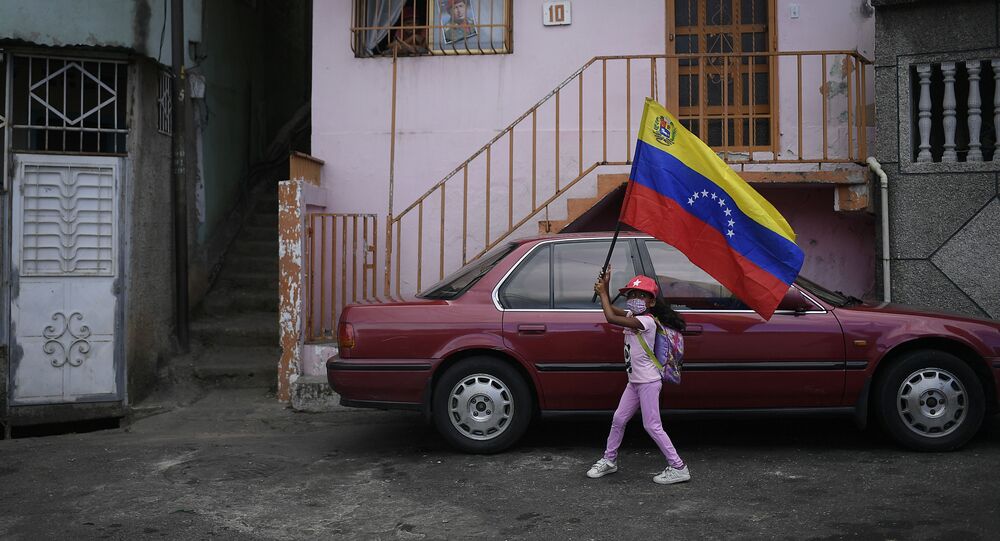 Venezuela has managed to circumvent US sanctions by importing catalysts to restart its huge oil refineries, as well as gasoline to alleviate acute fuel shortages, with the latest shipment departing over the weekend.

Alena Douhan, the United Nations Special Rapporteur on the negative impact of unilateral coercive measures on the enjoyment of human rights, has called for the United States, European Union, Canada, and other nations to lift their economic sanctions against Venezuela, calling them a violation of human rights and of the “principle of sovereign equality of states.”

Douhan’s February 12 report follows a 12-day visit to the South American nation, where she met with a variety of figures from both the government and civil society. The report strikes at the base of US policy toward Venezuela, including the “state of national emergency” declared by then-US President Barack Obama in 2015 and the “maximum pressure” campaign introduced by then-US President Donald Trump in 2019.

“The Special Rapporteur calls on all States to review and lift targeted sanctions in accordance with principles of international law, the rule of law, human rights and refugee law, to guarantee the possibility of state officials of Venezuela to represent the state on the basis of the principle of sovereign equality of states, and to guarantee rights of targeted individuals to the presumption of innocence, procedural guarantees, access to justice and other fundamental rights,” she urged.

The UN official said the state of national emergency “does not correspond to the requirements of Article 4 of the International Covenant on Civil and Political Rights” and that “the announced purpose of the ‘maximum pressure’ campaign - to change the Government of Venezuela - violates the principle of sovereign equality of states and constitutes an intervention in the domestic affairs of Venezuela that also affects its regional relations.”

The report further underscores the arguments against economic sanction made by human rights activists: that they disproportionately hurt the most vulnerable in society, including women and children, elderly people, disabled people, and poor people, as well as indigenous tribes.

She notes that “existing humanitarian exemptions are ineffective and insufficient” and that the structure of US sanctions encourages “over-compliance,” a euphemism for illegal overreach. The Trump administration long claimed its sanctions did not block the importation of humanitarian goods into targeted countries such as Iran, the Democratic People’s Republic of Korea, and Venezuela, even as increased suffering and death was found to be directly attributable to shortages caused by sanctions.

“Repeated refusals of banks in the United States, the United Kingdom and Portugal to release Venezuelan assets even for buying medicine, vaccines and protective kits, under the control of international organizations, violates the above principle and impedes the ability of Venezuela to respond to the COVID-19 emergency,” Douhan wrote.

Her comments mirror those by dozens of US federal lawmakers in a recent letter to US President Joe Biden in which they urged the lowering of sanctions due to their “catastrophic human consequences,” including inhibiting the Venezuelan government’s ability to combat the COVID-19 pandemic.

After Biden took office, his administration quickly moved to recognize the claims of Juan Guaido, a Venezuelan former lawmaker whose claims to be the country’s legitimate interim president have more backing among Western governments than they do among the Venezuelan population. However, Biden also announced a review of all existing sanctions on other nations and their impact on COVID-19 relief. Some sanctions have already been lowered that barred transactions with Venezuelan ports and airports.

Some of the most extreme sanctions, those implemented since January 2019 under the Trump administration’s “maximum pressure” doctrine, have explicitly aimed to force the Venezuelan people to overthrow President Nicolas Maduro and put Guaido in power in order to get the sanctions lowered.

According to an April 2019 report by the Center for Economic and Policy research, two years of strangling sanctions had already caused 40,000 excess deaths in Venezuela and imperiled another 300,000 people thanks to shortages in necessary medicines, including HIV/AIDS treatments. Douhan’s report underscores the spread of HIV in the absence of effective prophylaxis and even of condoms; however, she gave no updated mortality figures.