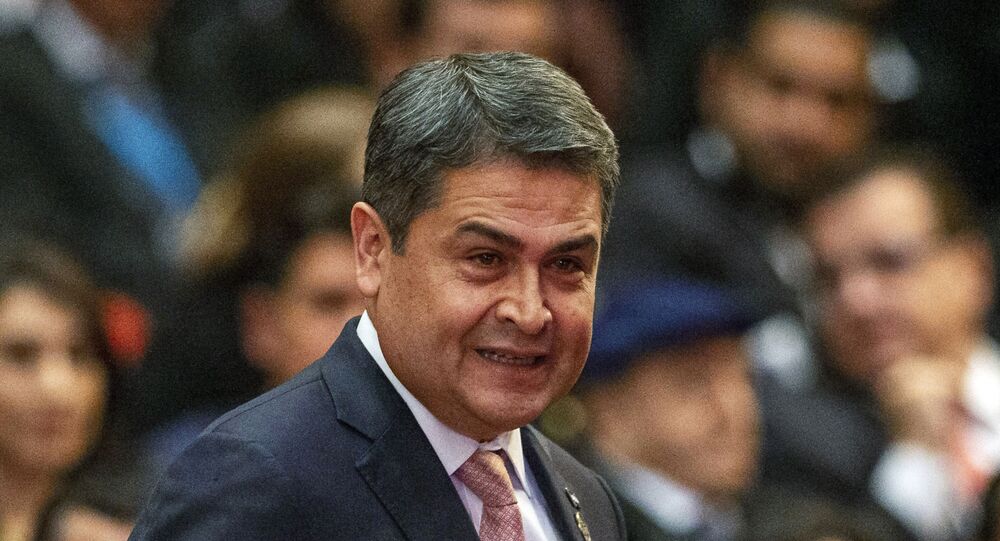 Honduran President Juan Orlando Hernandez has been accused of participating in the country’s narcotics trade. Honduras is a main drug route to the US, according to reports, as drug smuggling across the country is said to have increased after the US suspended anti-drug support following a 2009 Honduran coup d'état.

US prosecutors are currently investigating Honduras President Juan Orlando Hernandez for alleged participation in the country’s narcotics trade, according to a new court document filed Friday night in the Southern District of New York.

According to Reuters, the document was filed in the case of Geovanny Fuentes Ramirez, an alleged Honduran drug-trafficker who, along with other  “high-ranking officials,” is the target of an investigation related to drug-trafficking.

The filing did not outline, however, what Hernandez is being investigated for.

Prosecutors have also stated that the Honduras government has “hardly been forthcoming” in investigations against Hernandez.

US prosecutors have accused the Honduran government of handing over “limited records” and not honoring extradition requests for witnesses against the president.

Hernandez, a key US ally, has denied any links to profiting off of the drug cartels.

According to Reuters, the recent investigation into Hernandez could deteriorate ties between the Honduran government and the Biden administration, which is planning to invest $4 billion in Central America to deal with root causes of migration.

The US State Department outlines that Honduras “suffers from high levels of crime and violence nationwide” and is a “transit country for drugs, primarily cocaine, destined for the United States.”