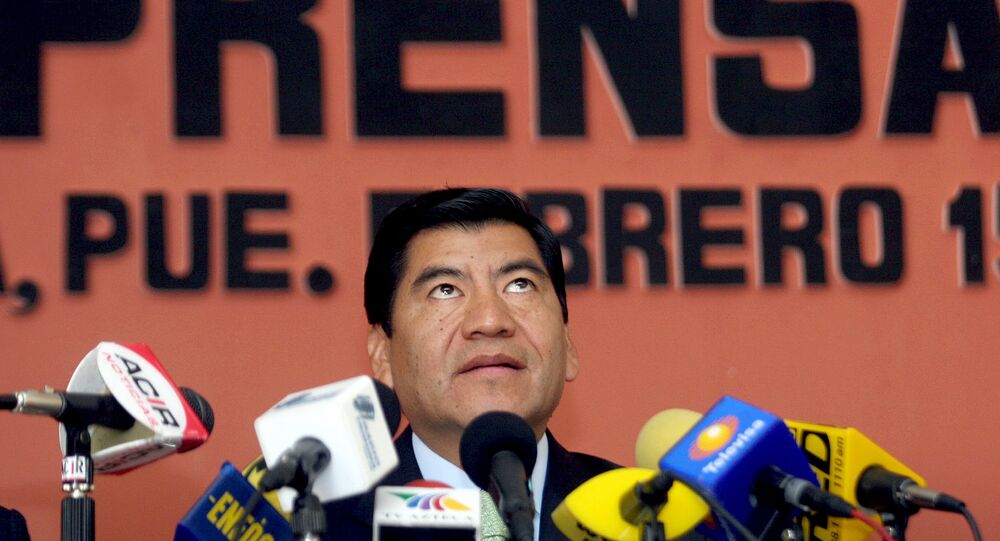 Journalist Lydia Cacho suffered torture after publishing her book "Los Demonios del Eden" in 2005, about a pedophile network run by businessmen close to former Governor Marin. An arrest warrant against Marin was issued by the court in April 2019; a month later Interpol joined the effort to catch him.

The former governor of the Mexican state of Puebla, Mario Marin Torres, was arrested on Wednesday in an operation carried out in the tourist port of Acapulco, after being a fugitive since 2019, when he was accused of torturing a journalist.

The current governor of Puebla, Miguel Barbosa, confirmed the arrest of his predecessor, who had been hiding from the prosecutor's office and Interpol for more than a year.

“The Puebla government expresses its gratitude to the Attorney General's office for its intelligence work, which allowed the arrest of Mario Marin Torres,hoping that justice will be rigorously applied,” Barbosa wrote on twitter.

After the news, Cacho took it to Twitter to express her gratitude and joy at Marin's capture, stressing that she "has been seeking justice for 14 years".

In May 2019, Mexican Attorney General Alejandro Gertz Manero announced that Interpol issued a red notice (arrest warrant) against Marin, who was a member of the Mexican Institutional Revolutionary Party, in order for him to be wanted in more than 190 countries for the unlawful detention and torture of journalist Cacho in December 2005.

The former politician-turned-fugitive is accused of organizing the torture of Cacho. The former sub-secretary of Puebla's Public Security Hugo Adolfo Karam and businessman Jose Kamel Nasif are also involved in the case.

Cacho was arrested on charges of defamation in Cancun and tortured by members of the police force while on a transfer back to the state of Puebla to face trial, according to a report by Justice in Mexico.

"The officials did not give her food or administer her bronchitis medication, nor was she allowed to sleep. Cacho was only allowed to use the bathroom once and place one phone call during this period. She was subjected to psychological and physical torture, sexual abuse, and threats," the report said.

The torture came after the exposure of a criminal network involving local authorities, senators, and businessmen, which trafficked and sexually exploited minors, some of which were 4-13 years old.