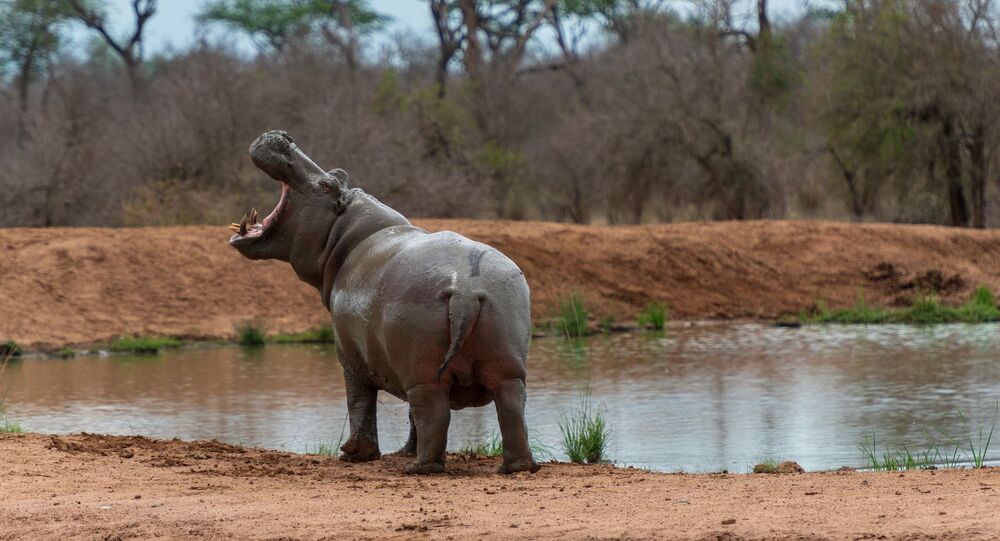 The animals were imported to Colombia by notorious drug kingpin Pablo Escobar, who was shot dead by police in 1993. The authorities then seized control of his 7,000-acre estate with a personal zoo, but at least four hippos managed to escape.

Colombian ecologists have sounded the alarm over a growing population of "cocaine hippos", warning that the rapidly-breeding animals must be stopped before they take over the country.

Twenty-seven years after the death of Pablo Escobar and the escape of hippos from his personal zoo, there are around a hundred descendants of those animals, who are terrorising the country's lakes and rivers, according to The Telegraph. Scientists have warned that their population could surge to 1,500 by 2024, as no predators can stop the "cocaine hippos" from multiplying in the wilds of Colombia.

© AFP 2021 / Raul ARBOLEDA
A poster at a stall in the Santo Domingo Savio shantytown in Medellin, Antioquia department, Colombia advertises a theme album about the life of late drug lord Pablo Escobar. (File)

"These hippos have become part of the local identity. But time is running out", government environmentalist David Echeverri Lopez said, adding that authorities are racing to sterilise the animals.

According to scientists, the urine and faeces from the hippos are toxic, so they pose a danger to other animals and even humans. They may also be very aggressive towards people who trespass on "their" territory.