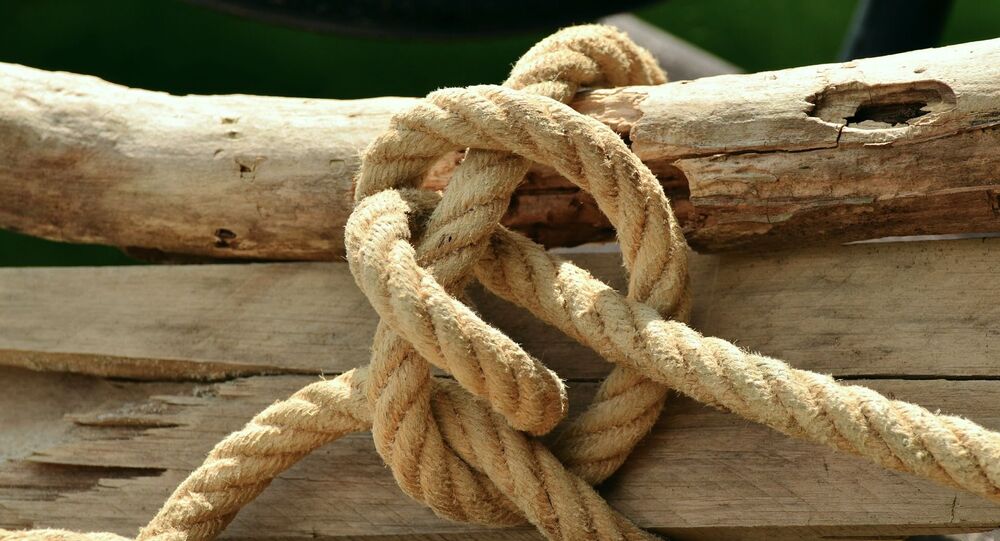 Mexican Mayor Tied to a Tree During Altercation With Town Residents

The mayor later attempted to downplay the momentarily embarrassing incident, insisting that he was not, actually, tied down.

A mayor of Frontera Comapala, a town in Mexico, was briefly detained by local residents who were none too thrilled by the sorry state of the water system in the area.

According to the Daily Mail, the incident occurred on Monday as the mayor, Oscar Ramirez, was presenting a "series of public projects" that had been previously promised to the locals.

At that time, representatives of some 11 communes that comprise the city confronted Ramirez, and photos emerged online showing him tied to a tree during the encounter.

"He promised us that it would be a decent work for the people of Comalapa, but it was all a sham because the water system does not work well”, a resident said, quoted by the newspaper. "It is a long-standing problem that must be dealt with properly and that must be a priority in this [term], because he came to see us at our houses with that promise and now he does not want to comply".

Ramirez reportedly sought to downplay the incident, insisting that he was not, actually, restrained with rope against the trunk of a tree.

"The meeting was with eleven representatives of neighborhoods of the municipal seat of Comalapa to agree on details of a high-impact work, the introduction of drinking water", he suggested instead.