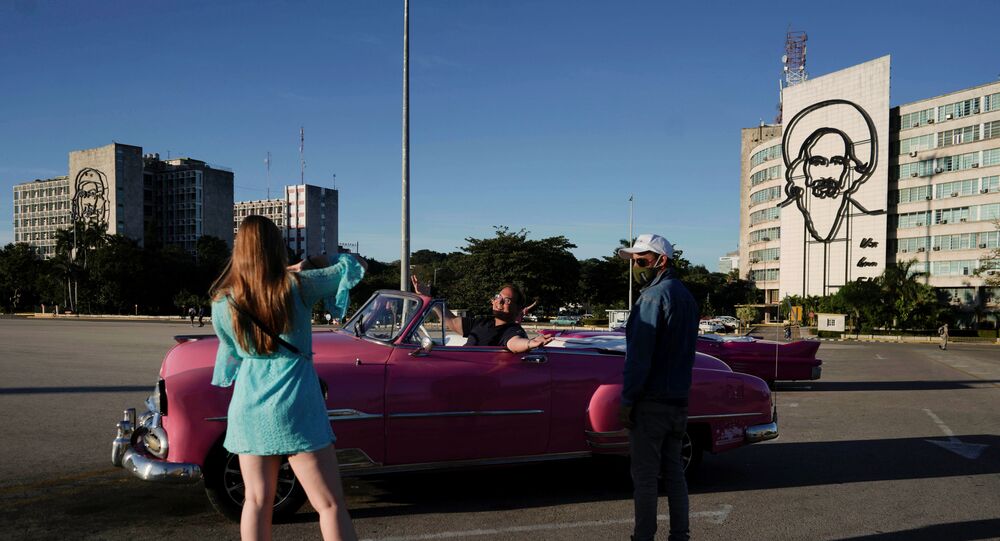 The Trump administration has accused Havana of aiding terrorists while neglecting its own people, but the Cuban Foreign Ministry has hit back, pointing to the thousands of victims of US-backed attempts to overthrow the Cuban revolution.

Havana has condemned Washington for what it terms its "cynical and hypocritical" designation of Cuba as a "state sponsor of terrorism".

A statement from the office of the Cuban Foreign Minister, Bruno Rodríguez, on Tuesday hit back at his US counterpart, Mike Pompeo, who issued the order on Monday to place Cuba on the list.

The Cuban Foreign Ministry said the US State Department added nations to its "unilateral list" as "an instrument to denigrate and implement economic coercive measure against other countries that may refuse to indulge the whims of the US imperialism."

The State Department claimed Cuba "fed, housed and provided medical care for murderers, bomb makers, and hijackers, while many Cubans go hungry, homeless, and without basic medicine", specifically mentioning the country's support for Venezuela and its left-wing government.

Cuba, however, has consistently met the UN's Millennium Development Goals, including eradicating poverty and child hunger, despite the ongoing 60-year US economic blockade of the island. The island nation has medical brigades working in a number of developing nations around the world.

Venezuela has benefited from Cuban medical assistance, training doctors in both Havana and Caracas, and the Cuban-designed 'Yo Sí Puede' adult literacy programme.

The ministry also stressed decades of US attempts to overthrow the Cuban government, either directly or through support for armed dissident groups.

“Cuba has been a State victim of terrorism and our people have suffered from it first hand," the statement read, "at the cost of 3 478 fatalities and 2099 persons with disabilities due to the actions carried out by the government of the United States or that have been perpetrated and sponsored from the territory of that country with the acquiescence of the US official authorities."

© AP Photo / Patrick Semansky
US Imposes New Cuba-Related Sanctions on 3 Entities, Nicaragua-Related Designations on 3 Individuals
Those acts include the 1976 bombing of Cubana Airlines flight 455, killing all 73 passengers and crew on board just after take-off on a flight from Barbados to Jamaica. The US CIA learned of the bomb plot but failed to warn Cuba. The US later granted political asylum to ringleader Luis Posada Carriles, after he was arrested entering the country illegally in 2005.

“We Cubans disdainfully deplore every manoeuvre aimed at manipulating such a sensitive issue to achieve gross politically opportunistic goals,” the ministry said.

Former US President Barack Obama removed Cuba from the State Department list on 2015, as part of a process of detente with Havana which saw the two nations re-establish diplomatic relations, although Congress at the time did not allow for the the economic blockade to be lifted.