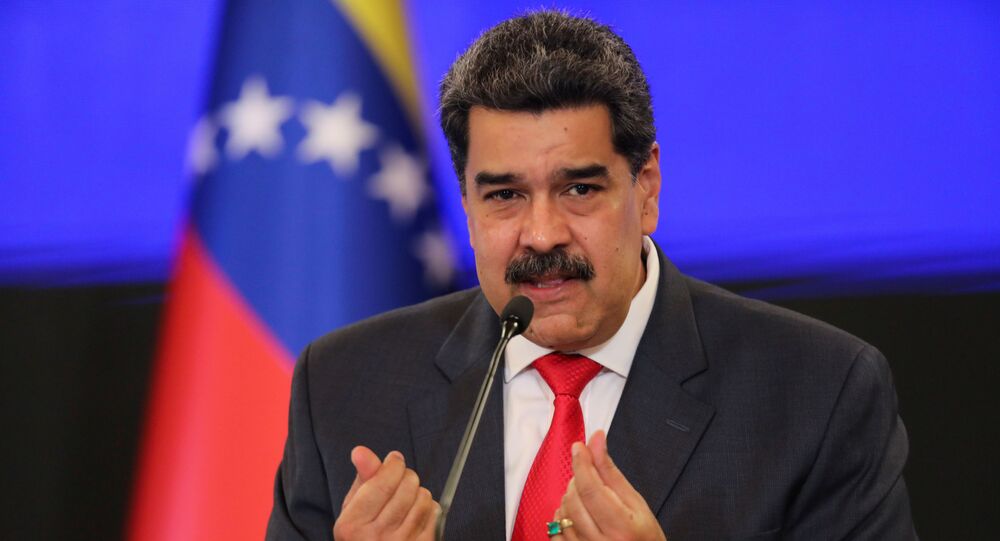 BUENOS AIRES (Sputnik) - The EU nations and the United States have reportedly refused Venezuela's request to unfreeze its assets, so that the sanctions-hit country could purchase a coronavirus vaccine, President Nicolas Maduro has claimed.

The Venezuelan president noted that his request to use the nation's foreign assets as a means of purchasing COVID-19 vaccines was denied by the governments of Portugal, Spain, the United Kingdom and the US.

"The governments of Portugal, Spain, the United Kingdom and the US and their financial institutions have frozen and blocked funds for access to a vaccine. We demanded via the WTO that they provide us with access to funds, and we were refused," Maduro told a meeting on health care on Sunday.

He added that the nation's vice president, Delcy Rodriguez, held talks with the foreign ministers of Portugal, Spain, the United Kingdom and the US, but were refused their request.

As part of attempts to oust Maduro, the US and other Western countries endorsing opposition leader Juan Guaido slapped sanctions on Venezuela and froze its assets abroad.

Maduro Says Will Get Russia's Sputnik V Coronavirus Vaccine, Along With Son, Sister