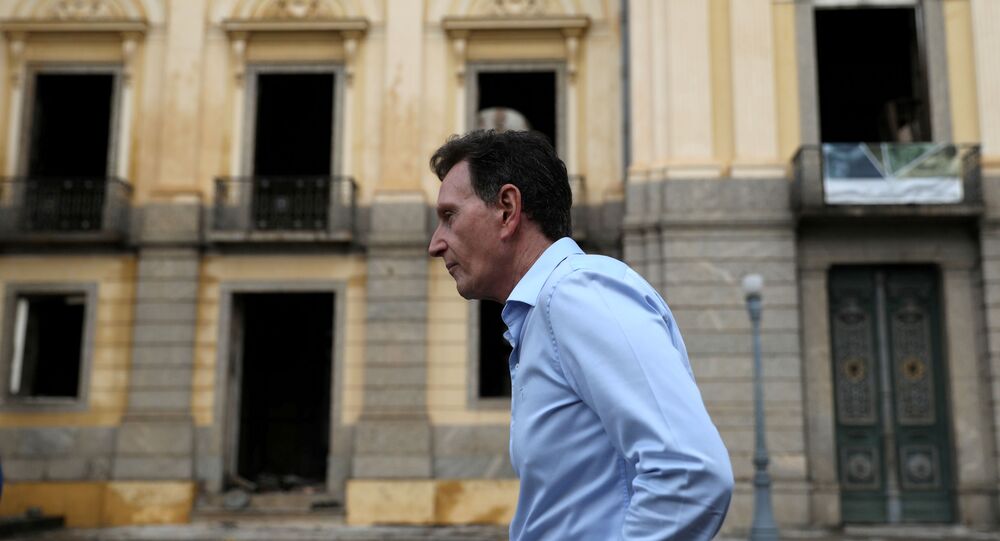 MOSCOW (Sputnik) - The mayor of Rio de Janeiro, Marcelo Crivella, has been detained and charged in a case centred on alleged corruption, Brazilian G1 news agency said on Tuesday.

The detention took place on Tuesday morning in a joint operation of the police and the public prosecution of Rio de Janeiro's office. Apart from the mayor, the police detained businessmen Rafael Alves, Adenor Goncalves dos Santos and former police chief Fernando Moraes.

Former senator Eduardo Lopes was also a target of the operation, but he was not found at his home in Rio de Janeiro. Lopes reportedly moved to Belem.

The police are investigating an alleged "bribe headquarters" of Rio de Janeiro city hall. The investigation began in 2018.

As G1 reports, Crivella said that he is a victim of "political persecution" and hopes that justice will prevail.

Crivella's detention occurred nine days before the end of his term as mayor. Head of Rio's City Council Jorge Felippe will act as the mayor of the city.