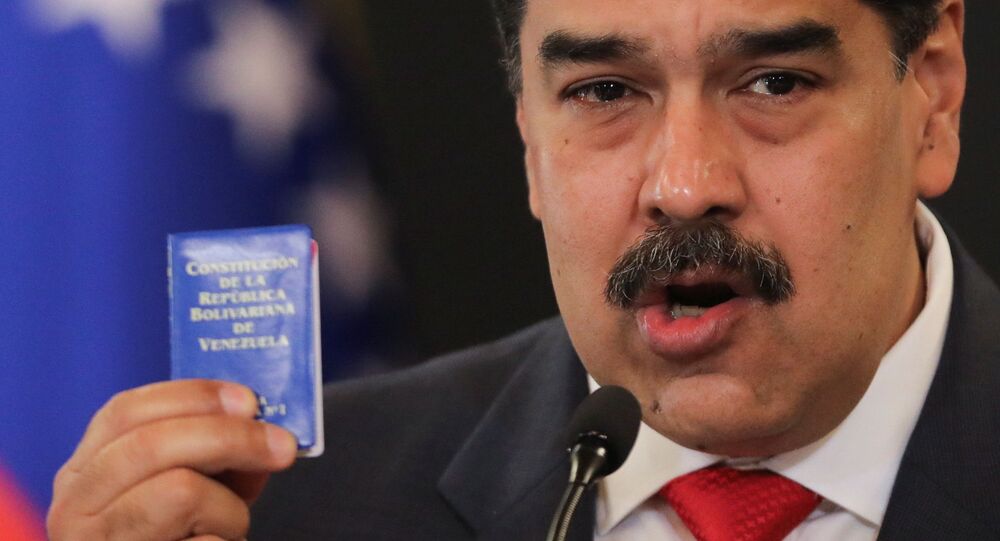 Speaking to the newly-elected lawmakers on Monday, Maduro said that the work of the previous National Assembly was "a failure, a rollback" and that the new parliament must present the people of Venezuela with information on all crimes committed by former deputies.

"The new National Assembly will have time to draw balance and establish criminal and administrative responsibility for all people who were in that [former] National Assembly," Maduro said, as broadcast on his Twitter page.

On December 6, Venezuela held parliamentary elections in which over 100 political parties and associations took part. Over 20 parties, including the opposition bloc of Juan Guaido, a failed coup leader, refused to participate in the vote.

In January 2019, Venezuela plunged into a political crisis when the then-head of the opposition-controlled National Assembly, Juan Guaido, proclaimed himself interim president in a bid to oust reelected President Maduro from power. The United States and most Western countries endorsed Guaido and slapped crippling sanctions on Venezuela. Russia, China, Turkey and several other nations have been supporting Maduro.

US Secretary of State Mike Pompeo said in a statement earlier this month that Washington condemned the most recent parliamentary election in Venezuela, calling it a "charade".

Maduro Says His Assassination Was Plotted on Parliamentary Elections Day