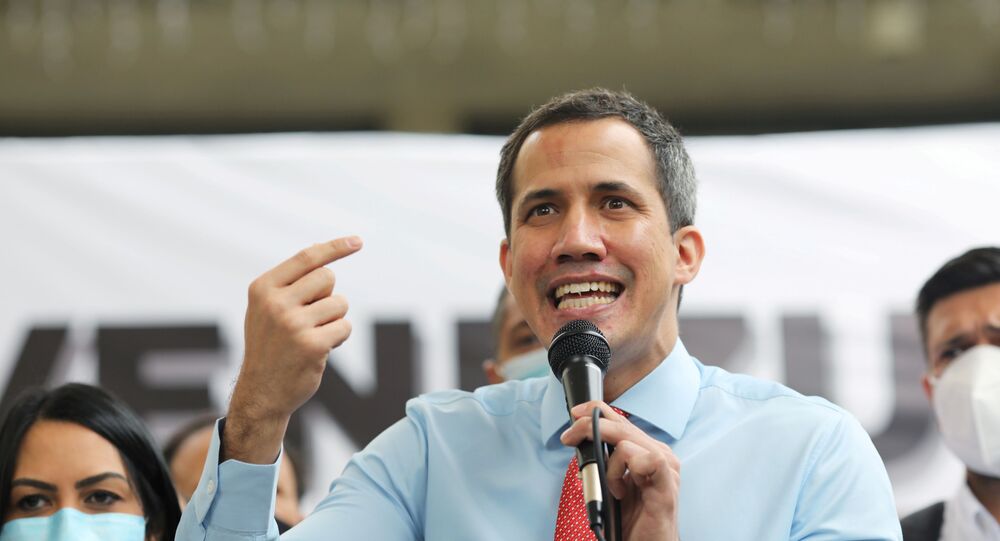 Self-declared Venezuelan interim president Juan Guaidó has led three failed attempts to overthrow socialist President Nicolás Maduro in the last two years, along with a boycott on Sunday's parliamentary elections which handed a landslide victory to the ruling party.

Henrique Capriles said in an interview with the BBC that the incoming US Democrat government should admit that Guaidó's attempts to assert authority after declaring himself interim president of the South American nation nearly two years ago had failed.

“The new administration should understand that this plan has been exhausted and (it) cannot give continuity to the status quo: the interim government,” Capriles said.

Capriles ran unsuccessfully as against late United Socialist Party (PSUV) president Hugo Chávez in 2012 and his successor Nicolás Maduro 2013, as a unity candidate of a raft of Venezuelan opposition parties the most important of which is centrist Justice First (PJ), to which Capriles is affiliated.

He also criticised an opposition plan to ignore the result of Sunday's National Assembly election - which they boycotted, resulting in a PSUV landslide victory. The outgoing deputies will claim to be the legitimate parliamentarians after the newly-elected deputies are sworn in on January 5.

“It’s a very complicated precedent for the future, because we open the door to Maduro saying that he will extend his government without holding an election,” Capriles warned.

Guaidó was quick to abandon his main international backer, US President Donald Trump, within days of the contested November 3 election in favour of projected winner Biden.

Guaidó is a National Assembly deputy for the right-wing Popular Will (VP) party, whose leader Leopoldo Lopez was jailed in 2015 for inciting anti-government riots the year before that left 42 people dead.

He was elected speaker of the assembly in January 2019 under an agreement between parties in the now-defunct Democratic Unity Roundtable coalition that won control of the parliament in 2015 to rotate the post annually. VP was at that time only the third-largest opposition party in the assembly.

Guaidó then invoked a clause of the constitution under which the presidency passes to the speaker if the elected president is incapacitated or abandons the country, claiming Maduro's victory in the 2018 election was fraudulent.

His claim was supported by the US, Canada, European Union and some Latin American nations including neighbouring Colombia and Brazil. The US government sequestered major Venezuelan sate assets in the US, including the gas station and heating fuel company Citgo and the nation's embassy in Washington. The UK's Bank of England also seized Venezuelan gold reserves it holds worth some £900 million ($1.2 billion) and transferred their ownership to Guaidó's 'interim government'.

Guaidó has since led three attempts to overthrow Maduro, all of which failed miserably. During the first in April 2019, Lopez escaped from house arrest and was given refuge in the Spanish embassy in the capital Caracas. In October this year he was able to escape to Colombia and then Spain, where he was met by Socialist prime minister Pedro Sanchez.

The April uprising by Guaidó's supporters was followed by an abortive attempt at a military coup, which only succeeded in seizing a traffic roundabout outside a Caracas airbase, and a seaborne incursion by US mercenaries and army defectors who were swiftly captured.

© REUTERS / MANAURE QUINTERO
Venezuela's Maduro Praises Activists for Election Win – But Why Was Turnout so Low?
Guaidó was replaced as National Assembly speaker by Luís Parra on January 5, removing the central plank of his claim to the presidency. Washington slapped sanctions on Parra and his allies among the moderate opposition in response.

Sunday's National Assembly election has hammered two more nails in the coffin of the pretender’s claim. The PSUV’s victory will mean the election of a socialist speaker in the new year, while Guaido, who led calls for a boycott of the election, will not return to the assembly.