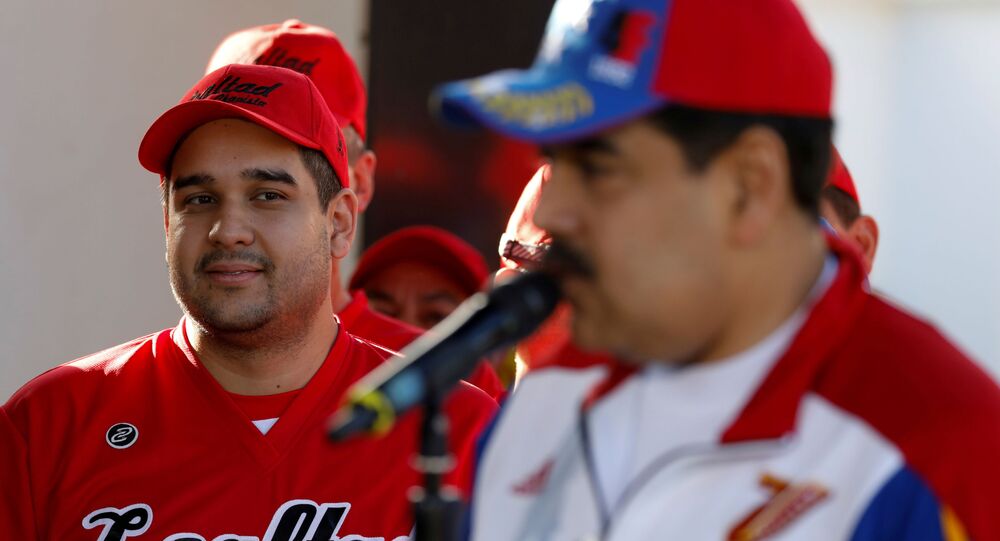 MOSCOW (Sputnik) - Venezuelan President Nicolas Maduro congratulated the socialist Simon Bolivar Great Patriotic Pole alliance on the victory in the parliamentary elections and announced a change in the work and economic recovery of the country.

"We know how to win and lose, and today it is up to all of Venezuela to win with a new parliament... There is a change in cycle, a positive, virtuous change of work, recovery. We are going towards a recovery of the country, economy, overcoming the blockade," Maduro said at a conference, as streamed by the VTV channel.

According to the preliminary results published by the National Electoral Council, after 82 percent of the votes have been counted, the Simon Bolivar Great Patriotic Pole is leading the elections with 67.6 percent of the vote. Second place belongs to the opposition party, Democratic Alliance, with 17.95 percent of votes.