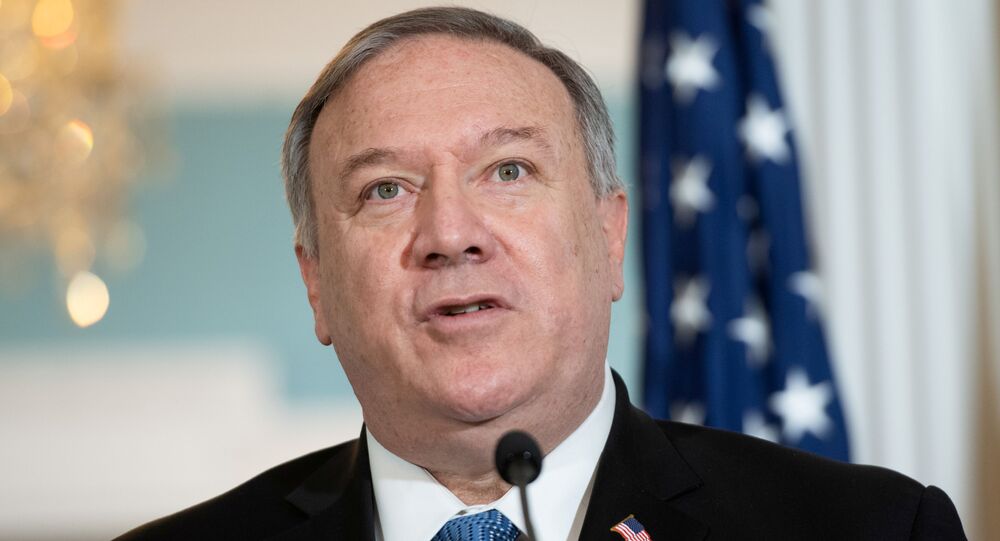 MOSCOW (Sputnik) - Venezuelan Foreign Minister Jorge Arreaza responded to comments made by the US Secretary of State, Mike Pompeo, regarding the Sunday election for Venezuela’s National Assembly.

Responding to US Secretary of State Mike Pompeo’s Saturday claims that "Venezuela's electoral fraud has already been committed" amid the parliament election in the country, Arreaza tweeted that US attempts to exert political influence in Venezuela have failed.

"A zombie has spoken! Although according to his Boss [US President Donald Trump] there was a fraud in the US elections. @SecPompeo, take truth calmly and resignedly: in Venezuela, your failure is absolute. We hope that soon Diplomacy returns to the State Department and the White House," the Venezuelan foreign minister said.

Over 100 political parties and associations are participating in the Sunday parliamentary election in Venezuela. The opposition bloc of failed coup leader Juan Guaido refused to participate in the vote. Venezuelan President Nicolas Maduro said that he was ready to resign if the opposition wins the Sunday elections.

"Venezuela's electoral fraud has already been committed. The results announced by the illegitimate Maduro regime will not reflect the will of the Venezuelan people. What's happening today is a fraud and a sham, not an election," Pompeo tweeted.

Maduro voted earlier on Sunday and called on all political forces to engage in an inclusive national dialogue after the elections.

In January 2019, Venezuela plunged into a political crisis when the then-head of the opposition-controlled National Assembly, Juan Guaido, proclaimed himself interim president in a bid to oust reelected Maduro from power. The United States and most Western countries endorsed Guaido and slapped crippling sanctions on Venezuela. Russia, China, Turkey and several other nations have been supporting Maduro's claim to power.

Venezuela’s Parliamentary Elections Are December 6, Here’s What to Expect