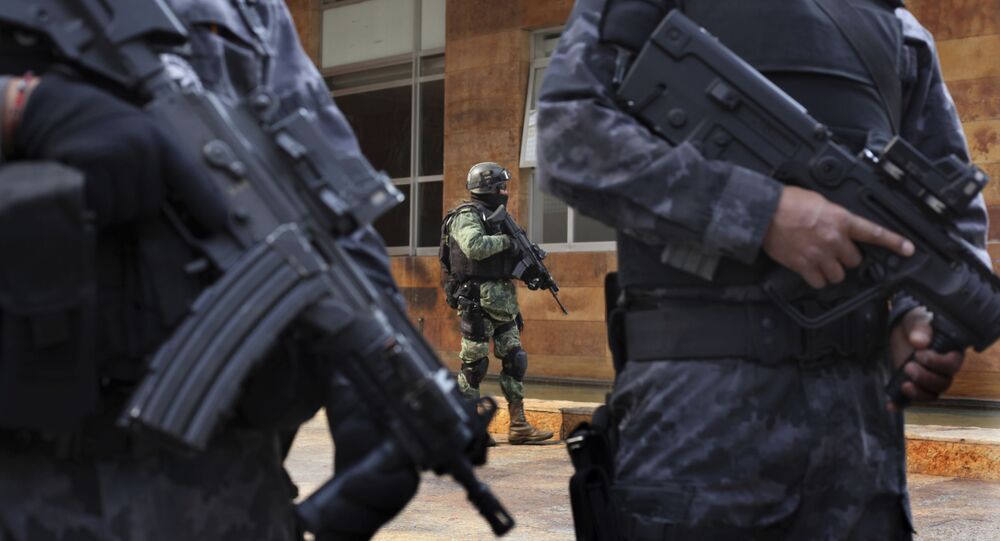 WASHINGTON (Sputnik) - The US government has imposed sanctions on a Mexican national claimed to have worked as a lieutenant for notorious narcotics trafficker and accused murderer Rafael Caro Quintero, the Department of the Treasury announced in a Wednesday press release.

Rodriguez Serrano is accused of carrying out activities on behalf of Rafael Caro Quintero, a major Mexican narcotics trafficker and the mastermind behind the murder of Drug Enforcement Administration (DEA) Special Agent Enrique "Kiki" Camarena in 1985, the Treasury Department said.

"Bringing Rafael Caro Quintero to justice is a top priority for the DEA. He was responsible for the brutal torture and death of a DEA Special Agent in 1985, and we will not rest until he is apprehended. He continues to direct a major cartel that smuggles drugs into this country. A DEA acting administrator, Timothy Shea, said in the release.

Caro Quintero and Rodriguez Serrano, both natives of Badiraguato, Sinaloa, Mexico, have been lifelong friends, and Serrano has helped Quintero evade capture while carrying out real estate transactions on his behalf, the Treasury Department claimed.