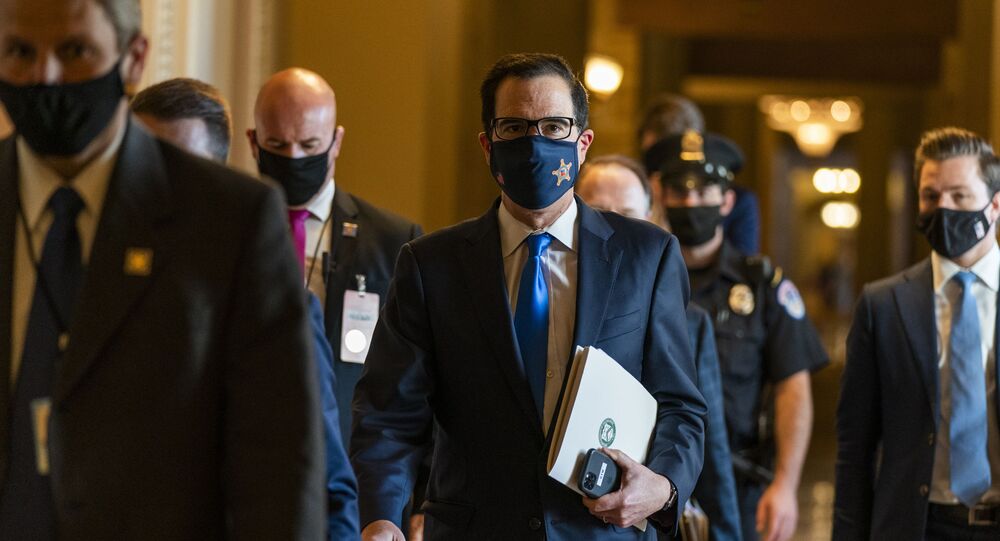 WASHINGTON, (Sputnik) - The US government has sanctioned Colombian national Zapata Garzon and three of his associates for aiding the Clan del Golfo cocaine smuggling cartel, also known as Los Urabenos, the Department of the Treasury announced in a press release issued on Tuesday.

Three of Garzon’s family members and associates were also designated along with four businesses they controlled, the release added.

"Criminal organizations trafficking cocaine and other drugs are a threat to the safety of the American people. Treasury will continue to use its authorities to identify and disrupt dangerous criminal organizations", Treasury Secretary Steve Mnuchin said in the release.

Clan del Golfo functions as a highly structured and centralized criminal enterprise that has evolved into the largest "Armed Criminal Organization" in Colombia, with a cohesive national presence that sends multi-ton quantities of cocaine to Panama and other countries in Central America, the release said.