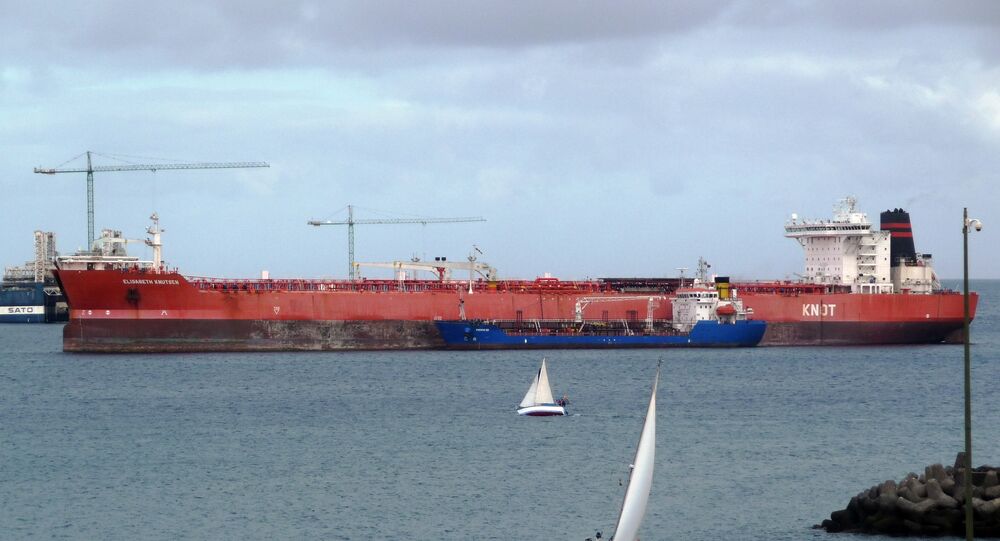 Venezuela continues to increase the volume of its oil exports despite US attempts to cut it off from potential buyers, Bloomberg reported citing data unearthed from shipping reports and ship monitoring services. According to the media outlet, Caracas exported more than half a million barrels of oil per day in November, around three times more than in previous months of the year, with most of it purportedly delivered to China.

Major Chinese buyers long ago seized upon their cooperation with Venezuela, especially in the wake of the US introducing sanctions against the Latin American country's energy sector. However, Bloomberg claims their place has now been taken over by a series of smaller companies ready to risk falling under US sanctions. The news outlet reported, citing anonymous sources, that ships undertake a series of tactics, including turning off transponders and changing names, in order to cover up the oil transportation operations between the two countries.

At the same time, Venezuela's oil extraction has plummeted by 48% compared to 2019, Bloomberg noted. According to the outlet citing obtained documents, Caracas extracted around 484,000 barrels of crude at the end of November 2020.

One of the main reasons for Venezuela's reported declining oil extraction is ageing equipment, which Caracas cannot replace due to American sanctions preventing foreign companies from doing business with the country's energy sector. The US started imposing these sanctions in 2017 after refusing to recognise the results of the 2018 Venezuelan presidential elections that resulted in Nicolas Maduro being re-elected for another term. Washington pressured Maduro to resign using sanctions to cut off one of his government's main sources of income – oil exports.

The sanctions exacerbated an already an existing economic crisis in the country, leading, among other things, to fuel shortages. The nation's refineries require new equipment in order to produce fuel from the extremely heavy and tar-like crude extracted from most of the country's oil fields, but access to such hardware has essentially been cut off due to the said sanctions.

Elected Venezuelan President Nicolas Maduro refused to give in to Washington's demands, condemning the sanctions as illegitimate. The president further accused the White House of staging several unsuccessful coup attempts to overthrow his government, one in April 2018 and one in May 2019, as well as orchestrating acts of sabotage on the Venezuelan energy sector. The US has never commented on those allegations.