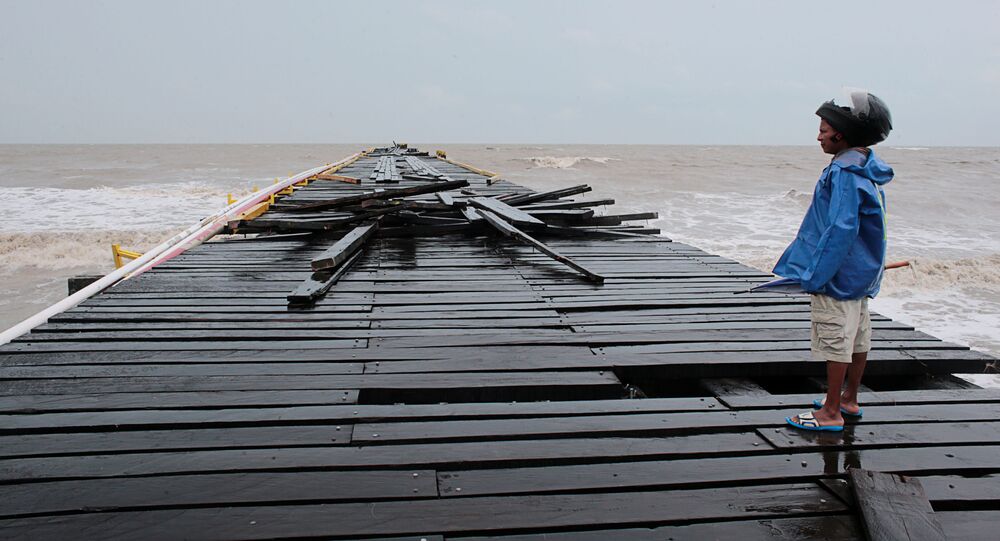 Two devastating hurricanes, Eta and Iota, have swept through Central America this month, resulting in dozens of victims, triggering displacement of thousands of people, and causing severe damage in several countries, including Nicaragua, Honduras, Colombia, Guatemala, Panama, and El Salvador.

Last week, Hurricane Iota made landfall in Nicaragua, just 15 miles from where Hurricane Eta, a category 5, had made landfall two weeks prior to that, The Weather Channel said. Iota brought destructive winds and up to 30 inches of rainfall, according to the National Weather Service.

Catastrophic situation unfolding for Nicaragua. Extreme storm surge of 15-20 ft, destructive winds and up to 30 inches of rainfall with #Iota.

All exacerbated by making landfall in almost the exact same location as cat 4 Hurricane Eta <2 weeks ago. pic.twitter.com/OP4NnTRTGy

The two hurricanes have triggered widespread concerns within international humanitarian agencies. The International Organisation for Migration (IOM) said earlier on Tuesday it had allocated $750,000 for Honduras, Guatemala, and El Salvador to tackle the humanitarian consequences of Eta and Iota. In mid-November, the World Food Programme said that it needs at least $13.2 in funding only to support people affected by Eta in El Salvador, Guatemala, Honduras and Nicaragua.

Iota was the 13th named hurricane of this year's Atlantic storm season and the 30th named depression, setting an all-time record. This season has been so busy that meteorologists, who have run out of names to call weather systems, had to resort to using Greek letters.