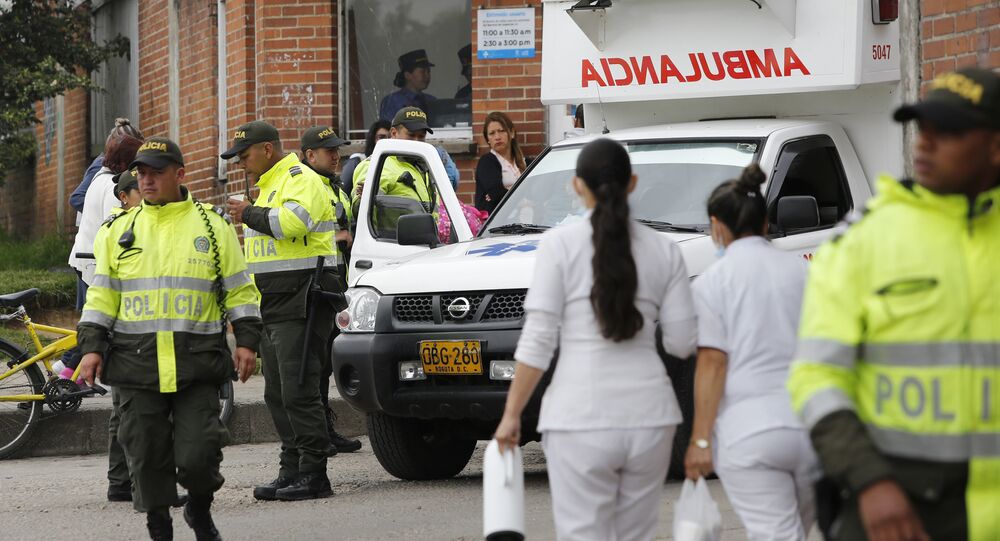 MEXICO CITY (Sputnik) - At least 13 people have died in two separate massacres in the Colombian departments of Antioquia and Cauca, local authorities confirmed.

"Ten heavily armed men arrived at the La Gabriela farm and fired indiscriminately at 14 people who were staying there. Seven died and three others were injured", the mayor of the municipality of Betania, Carlos Mario Villada, told W Radio Colombia on Sunday.

The local police chief later said that one of those injured had died in the emergency room of a local hospital.

"Rewards and citizen collaboration are essential to locate and capture the murderers of 8 people in #Betania", Colombian Defence Minister Carlos Holmes Trujillo said on Twitter on Sunday.

© AP Photo / Fernando Vergara
Explosive-Laden Truck Detonates in Colombia, Leaving 2 People Injured, Reports Say
The second incident occurred in the municipality of Argelia, in the Colombian department of Cauca. Five people died there as a result of nightclub shootings, according to local media reports.

Speaking at a press conference following a Security Council meeting on Sunday, Trujillo said, as broadcast on Twitter, that drug trafficking is the main enemy of Colombians and offered two rewards of around $55,000 and $8,000 for information leading to the capture of those responsible for the massacres.