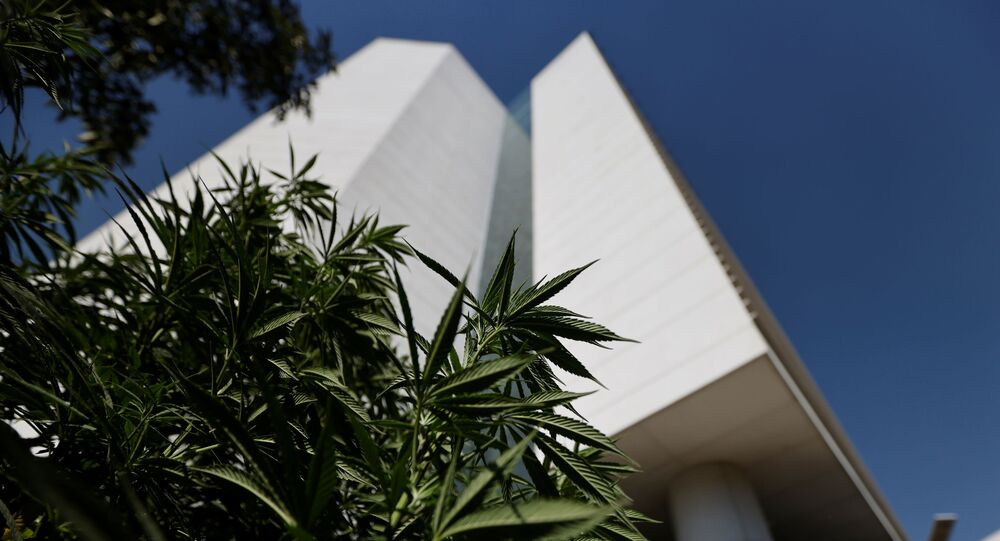 MOSCOW (Sputnik) - The Mexican Senate has approved the General Law on Cannabis Regulation for industrial, commercial and recreational use of cannabis by people over the age of 18, the Mexican parliament said.

"With 82 votes in favour, 18 against and 7 abstentions the bill that regulates the use of cannabis passes in general and with additional articles," the Mexican Senate said on Twitter on Thursday.

According to the law, people capable and over 18 years of age will be allowed to carry 28 grams (0.99 ounces) of legally purchased cannabis for recreational use, to grow it at home and join associations for its cultivation.

The bill establishes the new Mexican Cannabis Regulation and Control Institute as an authority responsible for the regulation, control and evaluation of the cannabis regulation system through the permissions for selling products related to this herb.

YouTube/קנאביס - מגזין עם כיוון
It’s Raining Weed, Mazel Tov! Hundreds of Bags Containing Cannabis Fall From the Sky in Israel
The Federal Law on Cannabis Regulation was adopted by a vote that regulates the cultivation, production, distribution, sale and recreational use of the herb in the country starting 15 December.

According to the Mexican defence ministry, since the beginning of 2020, the armed forces have seized over 224 tonnes of cannabis. Mexico is one of the largest markets for the illegal production and sale of cannabis.