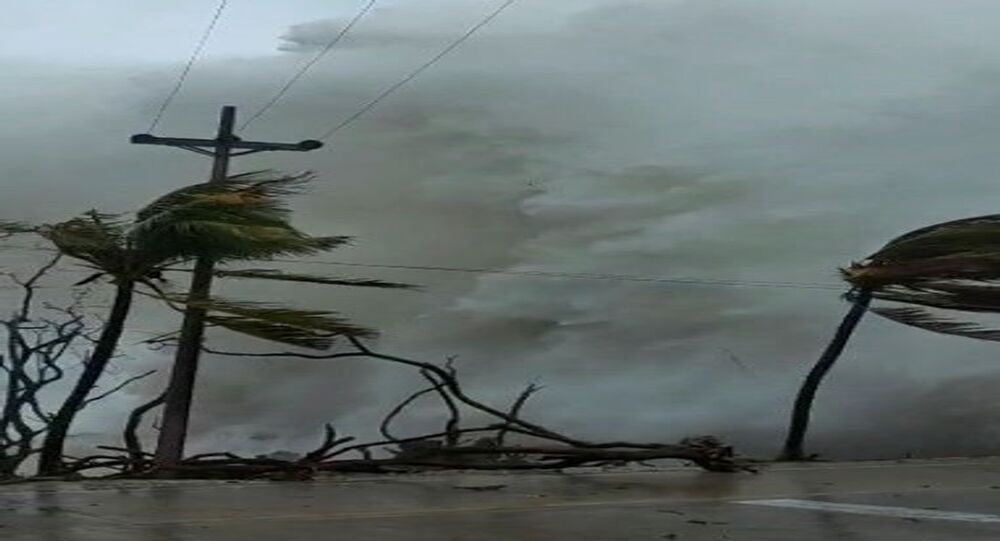 MEXICO CITY (Sputnik) - Hurricane Iota has destroyed all the infrastructure on the Caribbean island of Providencia and led to the death of one person, Colombian President Ivan Duque has announced.

"Attention to San Andres and Providencia, the passing of #Iota is a challenge that we will overcome with all the institutional response capacity. I will be traveling to the area, as soon as conditions allow, to personally assess the damage and activate immediate aid to the victims," Duque said on Monday, as broadcast on his official Twitter page.

According to the president, a ship with humanitarian aid is being prepared for departure to Providencia, where 98% of all infrastructure has been destroyed.

Duque said that at the current moment, one hurricane-related death has been confirmed.

Governor of Colombia’s San Andres and Providencia department Everth Hawkins Sjogreen said that the archipelago was left completely without power.

"The Archipelago is without Electric Power, Providencia completely without communication, without Marine VHF [radio], Cellular, Satellite Phones and enduring the increasing power and strength of the Hurricane that is already category 5," Sjogreen wrote on Twitter.

Local media report that the San Andres island has been mostly flooded and that people have been trapped in their homes for 24 hours.

On Monday, Iota was upgraded to a Category 5 hurricane. It was expected to make landfall by Monday night.