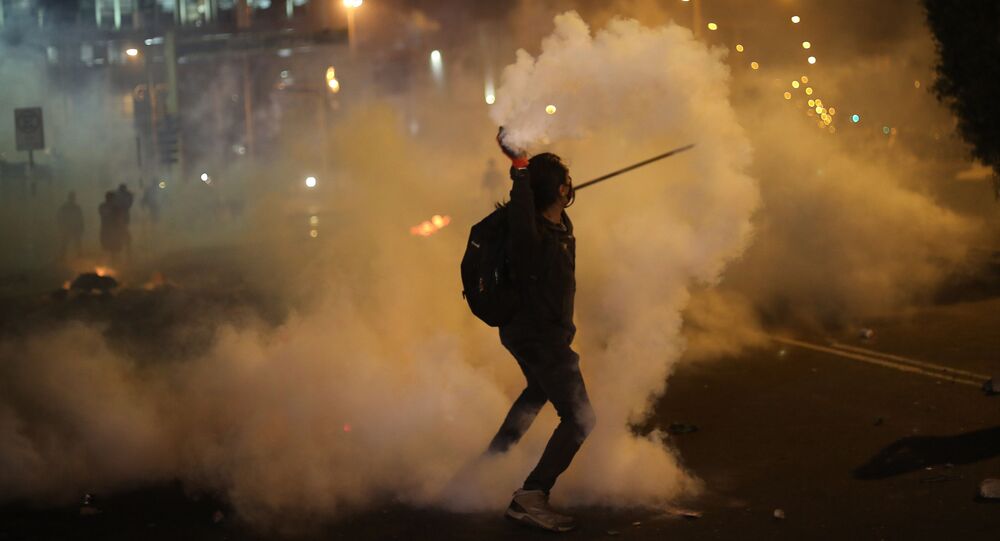 Public unrest has been ongoing for several days already in the wake of Peruvian lawmakers voting to impeach President Martin Vizcarra, and on Thursday, interim President Manuel Merino was sworn in.

Mass police presence was witnessed at the scene of the protest, according to pictures and videos shared on social media.

Earlier in the day, protesters took to the streets carrying the Peruvian flag and signs that read "Merino is not my president".  According to teleSUR, other large cities in Peru have also witnessed protests, and calls for public mobilisation are circulating on social media.

On Monday, Congress voted 105-19 to oust Vizcarra on accusations of abuse of power. The now ex-president was accused of giving away controversial state contracts in the Mokegua in 2011-2014, where he was serving as governor at that time.

Although he did not agree with the lawmakers' decision, Vizcarra decided to announce his resignation, which prompted protests the same day.