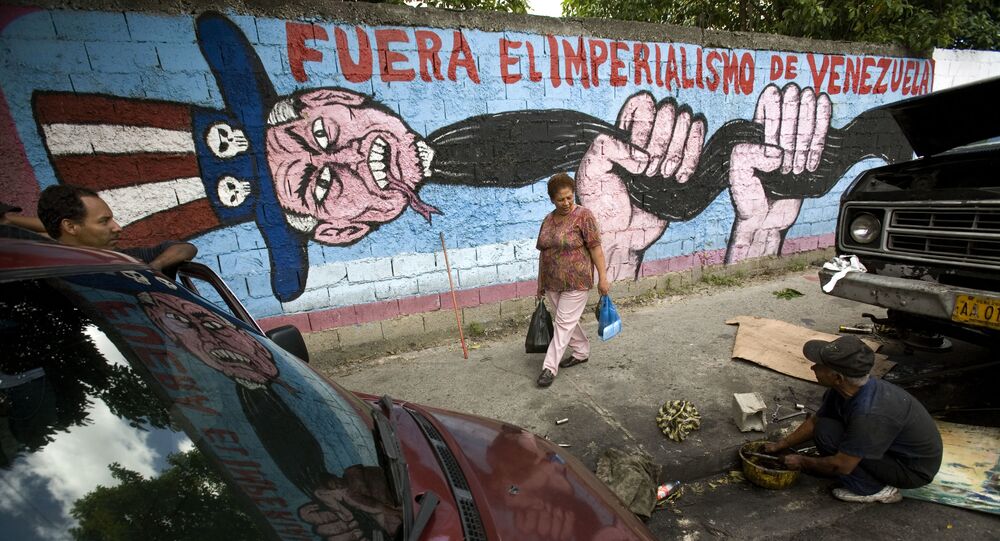 MOSCOW (Sputnik) - The European Council extended sanctions against Venezuela for one year, until 14 November 2021, the council said Thursday.

"The Council today extended the EU sanctions regime against Venezuela for one year, until 14 November 2021," the EU body said in a press release.

According to the release, the measures include an embargo on arms and on equipment for internal repression, as well as a travel ban and an asset freeze on 36 listed individuals in official positions "who are responsible for human rights violations and/or for undermining democracy and the rule of law".

At the end of June, the EU Council expanded the list of Venezuelan officials subject to sanctions over "their role in actions and decisions that undermine democracy and the rule of law in Venezuela", adding 11 names to it, bringing the total number of the sanctioned individuals to 36.

Caracas condemned the EU pressure on the Latin American country. President Maduro ordered to expel EU diplomat Isabel Brilhante Pedrosa from Venezuela saying that the nation will no longer tolerate "European colonialism against Venezuela", but the decision was reversed.

EU punitive measures against Venezuela were introduced in November 2017. These include an arms embargo, as well as travel bans and asset freezes on a number of Venezuelan officials.