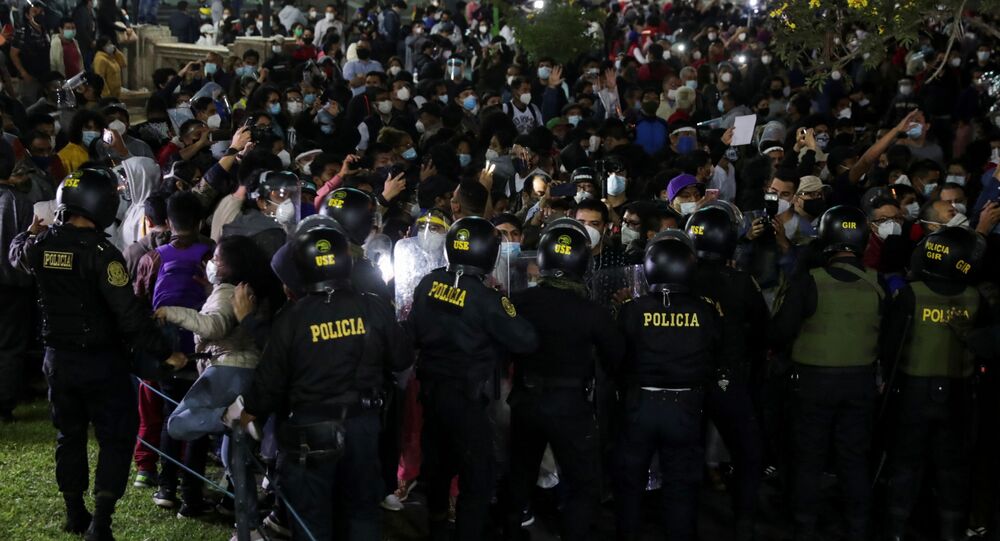 MOSCOW (Sputnik) - Protests were held in various cities of Peru after the decision of the Peruvian Congress to impeach President Martin Vizcarra, local media reported.

As national news agency Republica reported on Monday, the protests were held in the centre of Peru's capital Lima. Hundreds of protesters took to the streets while thousands of people expressed their disagreement with congress's decision on social networks.

Protesters gathered on San Martin square in the historic centre of Lima and then headed to congress to show their disagreement. The agency reported clashes with police and detentions.

​According to Radio RPP, protests also took place in various cities throughout the country, such as Trujillo, Chiclayo and Huancayo. In Arequipa, the second-most populous city of Peru, one person was detained after clashing with the police.

​On Monday, the Peruvian congress voted in favour of impeaching Vizcarra with 105 votes for and 19 against. Vizcarra was accused of corruption and bribery.

Peruvian Congress Chairman Manuel Merino is to become the interim president of the country.