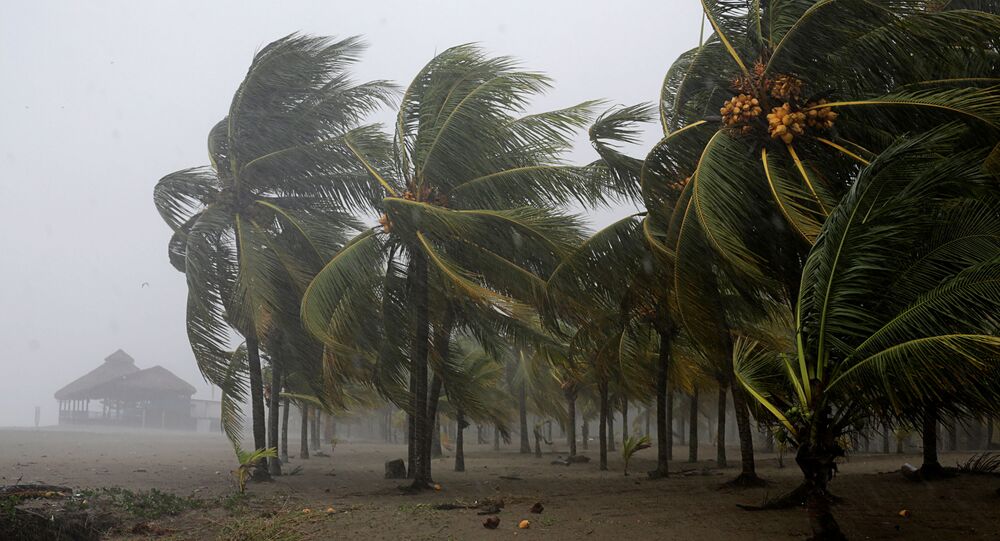 Hurricane Eta made landfall Tuesday along Nicaragua’s coastline as a Category 4 storm, pummeling much of Central America with torrential rainfall that forecasters say will cause massive flooding and increased chances of landslides.

The latest update from the US’ National Hurricane Center (NHC) indicates that the “extremely dangerous” hurricane made landfall some 15 miles south of Nicaragua’s Puerto Cabezas, a municipality that saw dozens killed when Hurricane Felix struck the area in 2007.

The storm stuck the Nicaraguan coastline with maximum sustained wind speeds of 140 mph after moving inland at a pace of 5 mph. Updated models suggest that the southern portion of Florida could be affected by Eta sometime Sunday.

At present, officials believe that the storm’s eye will strike northern portions of Nicaragua through Wednesday morning before Eta turns its attention to Honduras, wreaking havoc across central portions of that country. The cyclone’s hurricane-force winds extend some 25 miles from the storm’s eye, whereas tropical storm-force winds reach out some 115 miles.

The NHC has indicated that much of Nicaragua and Honduras will see between 15 and 25 inches of rain, with isolated areas getting up to 35 inches.

“This rainfall will lead to catastrophic, life-threatening flash flooding and river flooding, along with landslides in areas of higher terrain of Central America,” reads the agency’s bulletin. Guatemala, Belize, Panama and Costa Rica are forecasted to be hit with as much as 25 inches of rain.

Earlier, video showed Eta’s outer bands reached the coastline, pulling off the roofs of several homes and establishments on top of pouring down several inches of rain and swelling local waterways.

“We’re really afraid, there are fallen poles, there’s flooding, roofs torn off, some of the zinc on my house fell off,” Carmen Enriquez, a resident of Puerto Cabezas, told Reuters. “We spent the whole night up worrying, it hasn’t stopped raining, and they say it’s just starting.”

Ahead of the storm’s arrival, the governments of both Nicaragua and Honduras declared red alerts, ordering thousands of residents living in coastal areas to evacuate from their homes as a precaution.

While each storm’s impact tends to be unique, Eta’s incoming attack on Central America has stirred memories of Hurricane Mitch’s 1998 landfall in Honduras. Although Mitch reached Category 5 status and later downgraded into a Category 1 storm, the cyclone dropped catastrophic amounts of rainfall and flooded much of the mountainous terrain.

An archived report from the US’ National Oceanic and Atmospheric Administration (NOAA) notes that Mitch “devastated” the country’s infrastructure, washing away “whole villages” and destroying an estimated 70% to 80% of transportation infrastructure. The NOAA’s estimates state Hurricane Mitch killed some 11,000 people, 6,500 of whom died in Honduras alone.

As Eta moves inland in Nicaragua, forecasters are monitoring whether the storm will later reemerge in the Caribbean in the next couple of days.