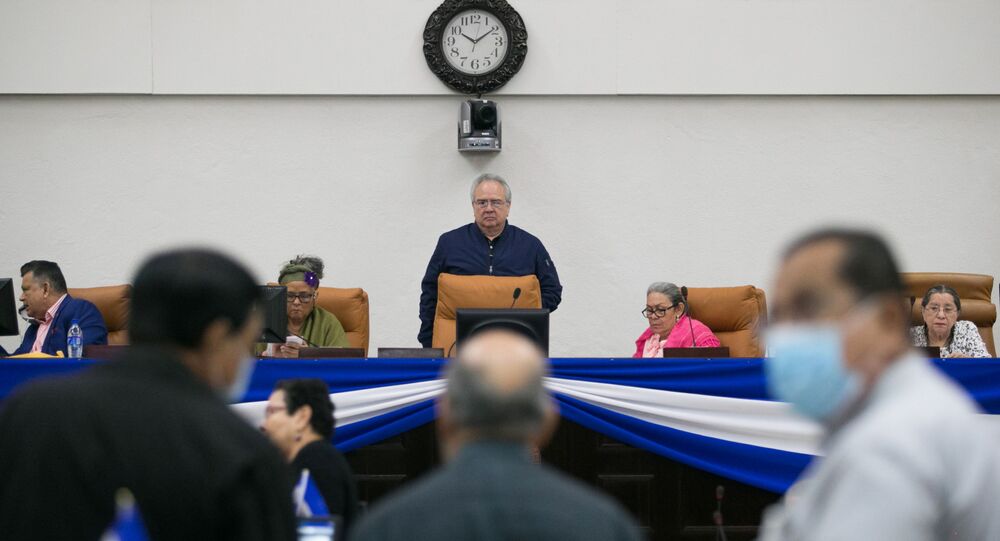 MANAGUA (Sputnik) - The parliament of Nicaragua has adopted a new special cybercrime law mandating prison terms for those who commit crimes by using information and communication technologies.

"The time of liars has come to an end, of those who are a part of the industry of deceit in social networks, who create false news, creators of alarm, fear, anxiety, affecting economic stability, public order, health and sovereign security," Sandinista National Liberation Front party (FSLN) Deputy Carlos Emilio Lopez said in his motion of support for the new law on Tuesday.

Lopez gave an example of fake news of 2018 when right-wing media published information on army tanks on the streets of Managua or a plane spraying poison over the cities of Leon and Masaya.

The deputy recalled that 128 countries have similar legislation on cybercrime and cybersecurity, according to the UN International Conference on Trade and Development.

The new cybercrime law was presented by the FSLN deputies and adopted by 70 votes in favour. Up to 16 liberal opposition deputies were against the law, saying it will restrict the freedom of expression.