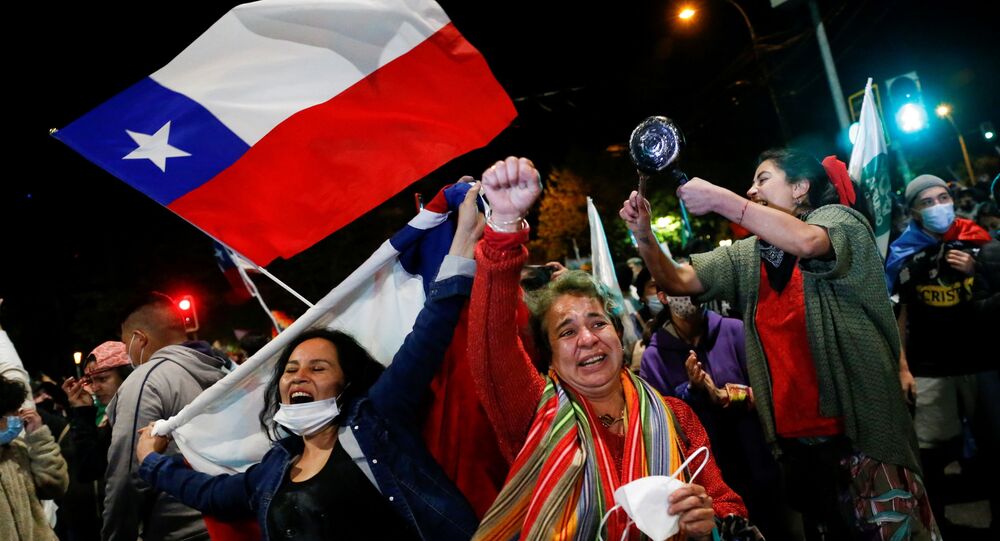 MOSCOW (Sputnik) - More than 77 percent of Chileans are in favor of redrafting the country’s constitution, partial voting results from the national referendum show.

With 5.23 percent of the votes counted, "the Approval option obtained 77.27 percent and the Rejection option, 22.73 percent," Chile’s electoral service said in a statement on Sunday.

With over 36 percent of the votes counted, 77.71 percent were in favor of redrafting the constitution, while 22.29 were against it.

Chile’s President Sebastian Pinera celebrated the participation of citizens in the referendum saying that the new constitution would unite people.

"I am deeply grateful to all Chileans who today freely expressed their will through the ballot box to choose the option of a new Constitution," Pinera said in a Sunday address, adding that "the current Constitution has divided us, but as of today we will all collaborate so that the new constitution is the great framework of unity."

On Sunday morning, millions of people turned out to vote in the referendum in Chile on whether to redraft the country’s Pinochet-era constitution. Rewriting the country's constitution was one of the central demands of protesters last year.

Radio Biobio Chile reported that a peaceful mass demonstration was organized in the capital, Santiago, on Sunday amid the voting, with thousands of Chileans taking part.