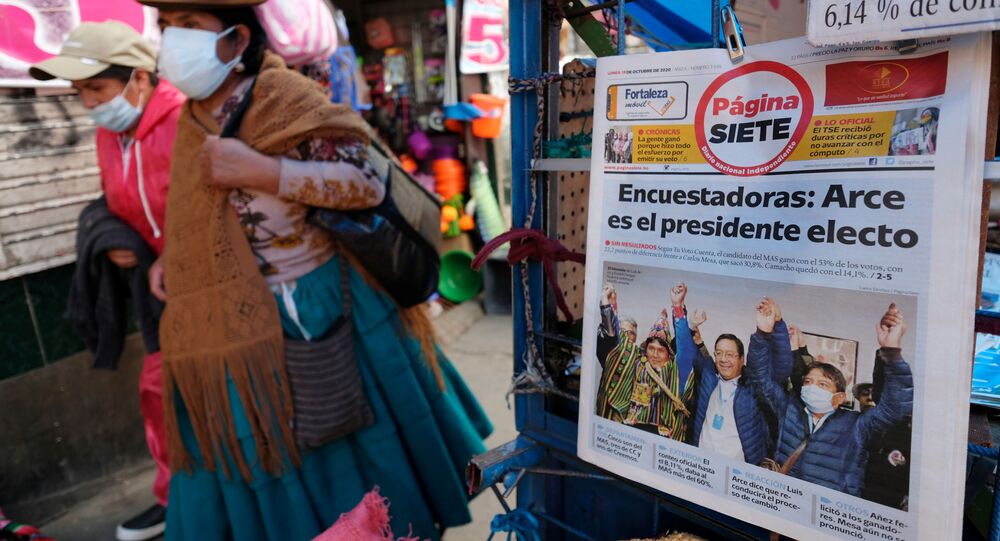 "91% of envelopes with statements from election commissions have already been received by regional branches of the Supreme Electoral Tribunal. We still need to get statements from the remotest regions, it will take 2-3 days for them to arrive in regional capitals," Romero told journalists on Monday.

He stressed that vote counting is transparent, public and reliable.

According to official TSE results, with 35.51 percent of the votes counted, Movement for Socialism (MAS) party candidate Luis Arce is coming ahead of his main opponent, centrist former president Carlos Mesa.

Bolivia’s Interim President Jeanine Anez has already acknowledged the victory of Luis Arce in the first round of presidential elections. Exit polls suggest the MAS candidate won over 50 percent of the votes.

Mesa accepted his defeat during a press conference streamed on Facebook, citing convincing results of the quick vote count and saying that the final figures of the official count would change little. Arce won 52.4 percent of the votes, according to the results of the Ciesmori quick vote count, released by the Bolivian Unitel TV channel. Mesa got 31.5 percent, according to the rapid vote count.