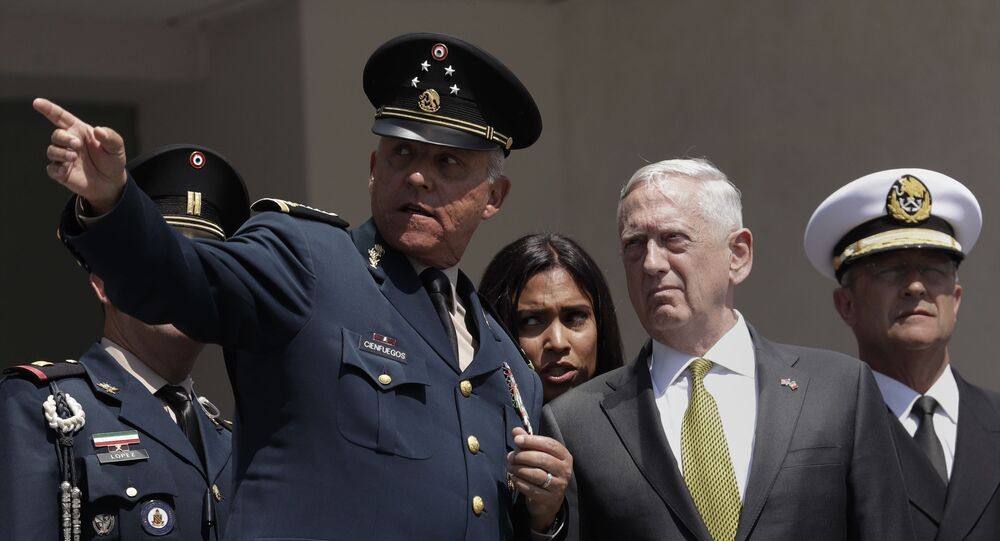 In December 2019 Genaro Garcia Luna, who was Mexico’s Secretary of Public Security until 2012, was arrested in Dallas, Texas. He has been accused of taking bribes from the Sinaloa Cartel. Now a second former minister has been detained.

On Friday, 16 October, it emerged that he was being indicted by the US authorities on five drug trafficking charges. The Drug Enforcement Administration (DEA) have brought the charges against him and he is due to be transferred to New York, where Mexico's former Secretary of Public Safety, Genaro Garcia Luna, is being held.

I had very late night chat with retired DEA agent Mike Vigil on arrest of General Cienfuegos.
He revealed there was suspicion of Cienfuegos when he became defense minister. He said case will damage U.S.-Mexico security cooperation

​He is the second former government minister to be arrested on suspicion of corruption.

In December 2019 Genaro Garcia Luna, who had been in charge of the Mexican federal police, was arrested and accused of taking bribes from Joaquin “El Chapo” Guzman Loera.

And the arrest of General Cienfuegos is almost on the aniversary of the army's botched arrest of Ovidio Guzman in Culiacan. October is a cursed month for the Mexican army.

​Last month Jim Creechan, a Canadian sociologist who has studied Mexican cartels for 25 years and is writing a book about them, told Sputnik: "The case against Garcia Luna is virtually air tight.”

On Friday, 16 October, President Lopez Obrador - who is universally known as AMLO - said General Cienfuegos’s arrest showed the degree to which corruption had permeated the previous government, which had been led by the PRI party.

​AMLO said he would suspend anyone in his government who was implicated in the charges being brought against Cienfuegos, who is 72.

He said: "It's a very regrettable fact that a former defence minister is arrested, accused of links with drug trafficking," but then added: "Of course, all this must be proven."

Mexican Foreign Affairs Minister Marcelo Ebrard said he had been informed of the arrest by the US Ambassador to Mexico, Christopher Landau, and said Cienfuegos would be offered consular assistance.

Quite a resume: #Mexico's jailed former Defense Secretary Salvador Cienfuegos Zepeda "played an important role in the administration of Enrique Peña Nieto, in the massacre at #Tlatlaya and during the disappearance of the 43 students from #Ayotzinapa" https://t.co/U4pwGFZeKb

​During El Chapo’s trial in New York it was alleged that President Peña Nieto himself had taken a huge bribe from the Sinaloa Cartel, something which he has vehemently denied.