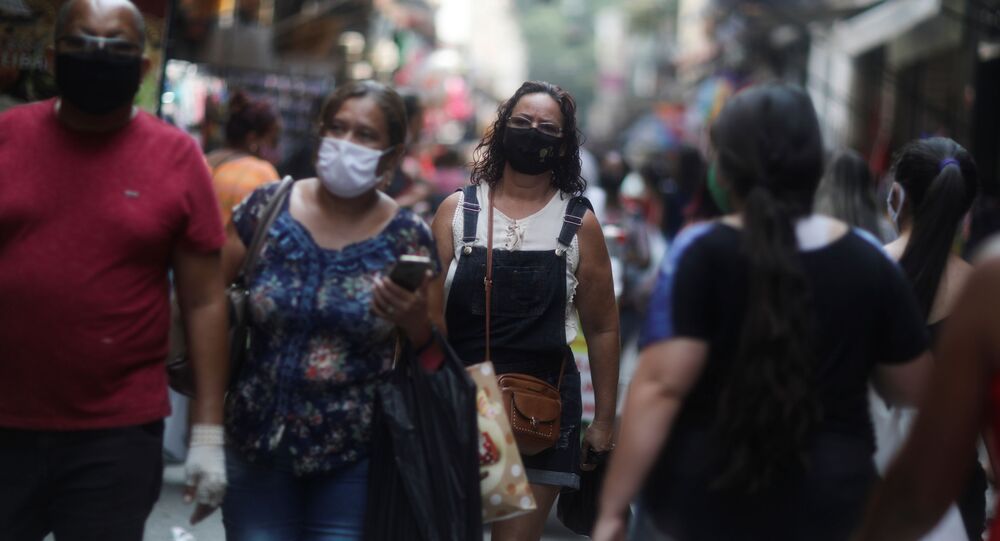 WASHINGTON (Sputnik) - Eleven countries and territories in the Caribbean have moved in the past two months from moderate to intense sources of novel coronavirus cases in the Americas, Pan American Health Organization (PAHO) Director Carissa Etienne said in a press release on Wednesday.

“While Brazil and the US remain significant drivers of new cases in our region, we’re concerned by spikes in cases - including in places that had effectively managed outbreaks, like Cuba and Jamaica,” Etienne said.

Over the past 60 days, 11 countries and territories in the Caribbean have moved from moderate to intense transmission, which is a concerning development as countries reopen airspace, the release said.

PAHO attributed much of the increase to younger people who have mild or no symptoms and are unaware they are infected.

Several groups remain at particular risk of spreading the disease throughout the region, particularly those “with limited access to prevention and care, including black, Hispanic and Native American populations in the United States, which “are nearly three times as likely to contact COVID as their white counterparts,” the release said.

Even before the COVID-19 pandemic, up to 50 percent of older populations in some low- and middle-income countries lacked access to some essential health services - an issue that the pandemic has only exacerbated, the release added.

More than 17 million novel coronavirus cases have been reported in the Americas, with more than 574,000 deaths, representing half of all cases worldwide and more than half of all deaths, according to the release.

Video: Trump Says It Was 'Blessing From God' That He Caught COVID-19