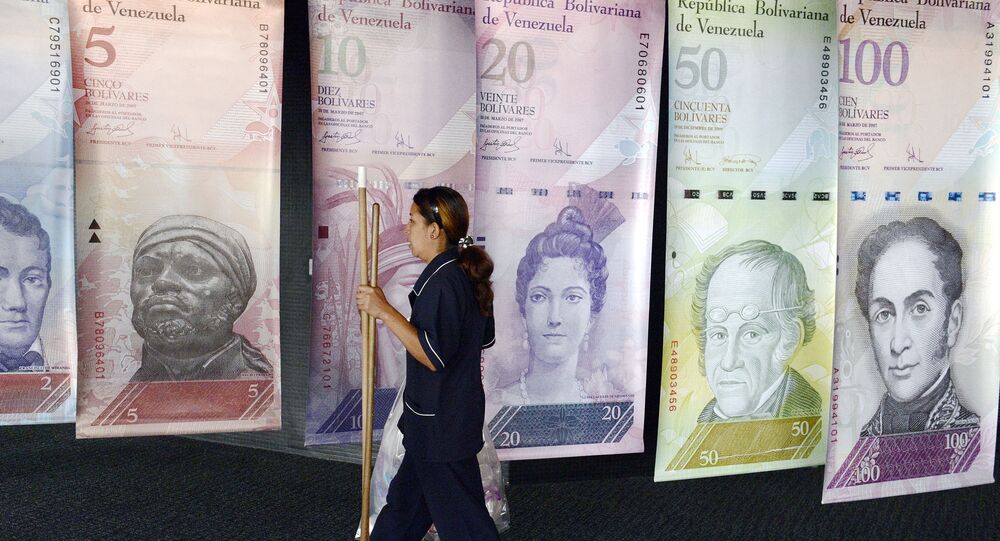 The Latin American state has been facing increasing economic woes since 2017, which have been exacerbated by US sanctions against oil trade and a domestic political conflict supported by the administration of US President Donald Trump.

Caracas has imported some 71 tons of security paper with the aim of printing 100,000 new sovereign bolivar bills, in an attempt to deal with cash shortages caused by hyperinflation, Bloomberg reported, citing anonymous sources. The paper was reportedly supplied by the printer Fedrigoni SpA, under a 2018 contract, which came before the White House introduced new sanctions against the country.

Neither the Venezuelan central bank, nor Fedrigoni SpA, or its current owner private equity firm Bain Capital, would comment on the Bloomberg report.

The new currency bill is reportedly expected to solve the problem of people requiring huge sums of bolivars to make even small grocery purchases, triggered by 2,400% inflation in the last year. Previous measures, such as currency denomination, did not see a lasting effect to solve the issue.

The 100,000 bills will be the biggest so far for the sovereign bolivar, and equal the biggest note of its predecessor, the bolivar fuerte, which was replaced in 2018. Despite the large number, a single new bill would only be worth $0.23 at the current exchange rate. The Venezuelan central bank does not exclude the possibility of printing even larger bills, Bloomberg sources claim.

The hyperinflation originates from the economic crisis, which hit the Venezuelan economy in 2017. The crisis has since been exacerbated by economic sanctions applied by the Trump White House, which have thwarted the ability of Caracas to freely sell its main commodity, crude oil, as well as creating problems accessing parts of its gold reserves. The situation has only been made worse as political instability hit the country, with opposition leader Juan Guaido proclaiming himself interim-president and attempting to stage a coup in April 2019. Venezuelan authorities accused the US of masterminding the failed political coup.