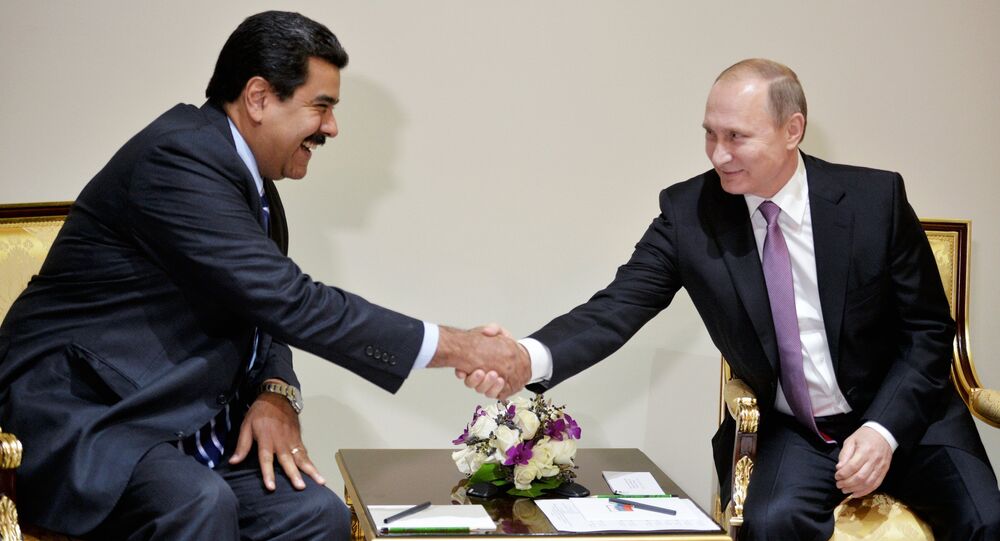 Venezuela was one of 27 countries to show an interest in purchasing Sputnik V, the world’s first vaccine against the coronavirus. In August, Caracas also said it would be ready to assist in the testing and production of the Russian-made vaccine.

Venezuelan President Nicolas Maduro has heaped praise on his “Hermano Presidente” (Brother President) Vladimir Putin and the Russian people for allowing his country to become the first in the Western Hemisphere to start phase 3 clinical trials of Russia’s Sputnik V coronavirus vaccine.

“Sputnik V is here!” Maduro tweeted, accompanying his post with photos of the arrival of large medical bags containing the vaccine on Friday in a small ceremony attended by Venezuelan Foreign Minister Jorge Arreaza, Vice President Delcy Rodriguez, and other officials.

“We are the first country in the Western Hemisphere to begin phase 3 of the clinical trials of this vaccine against Covid-19. On behalf of the Venezuelan people, I thank Brother President Vladimir Putin and the Russian people for their show of solidarity,” Maduro wrote.

Vice President Rodriguez announced Friday that Venezuela intends to launch the production of Sputnik V at its own pharmaceuticals factories. The Russian Direct Investment Fund, one of the vaccine’s developers, confirmed Friday that the batch of vaccines had been delivered to Venezuela, and noted that volunteers would begin testing the vaccine as  part of ongoing double-blind, randomized, placebo-controlled clinical trials.

About 2,000 Venezuelans volunteered to help test the Russian-made preparation.

Developed by the Moscow-based Gamaleya Research Institute of Epidemiology and Microbiology, Sputnik V was registered by the Russian Ministry of Health on August 11, with phase 3 trials presently underway. Along with Venezuela, over two dozen other countries have expressed an interest in purchasing the vaccine, with more than a billion doses said to be on order.

In mid-August, President Maduro said he would “set an example” and become “the first to be vaccinated” by Russia’s vaccine when it becomes available in his country. After that, he said, the Health Ministry would ensure the vaccination of healthcare workers, the elderly and those suffering from health issues.

Venezuela was one of the first countries in Latin America to take strong precautions against the coronavirus earlier this year, and has managed to keep case numbers and fatalities steady, with 76,800+ cases, 67,200+ recoveries and 643 deaths reported at this time. By comparison, neighbouring Brazil has reported over 351,000 cases and 8,800+ fatalities, while Colombia has reported 91,000+ cases and 2,700+ deaths.

Caracas took on the virus despite a tough US sanctions regime, which has caused shortages of everything from food and fuel to medical supplies. Venezuela’s approach included the closure of its borders and the creation of a comprehensive emergency response plan, including house-to-house visits by doctors, a community-organized campaign for the delivery of food, and the mobilization of resources to add to the nation’s medical capacity.