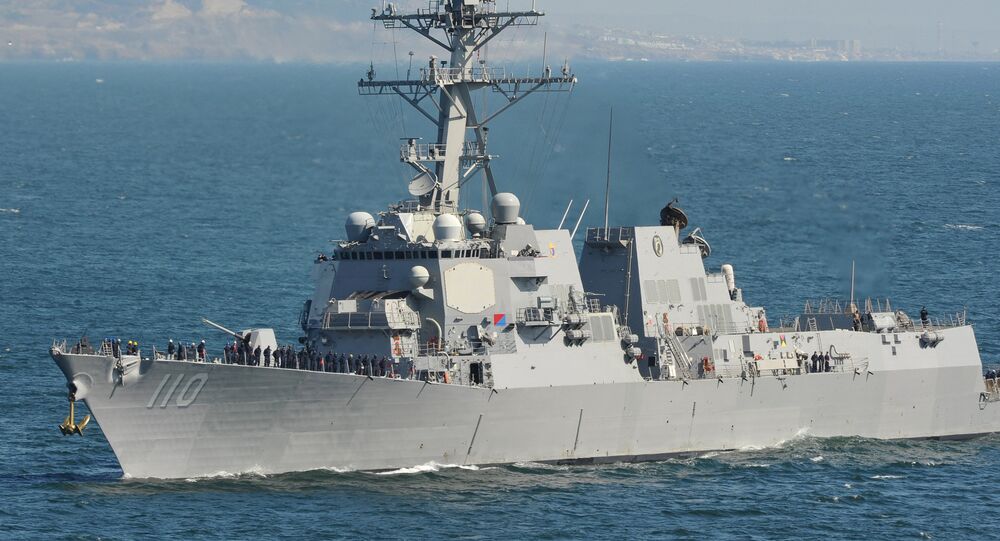 Last week, Caracas accused the United States of being “the greatest threat to world peace and stability” after Washington slapped Venezuela with additional sanctions on senior government officials for doing business with Iran. The US and its allies have been attempting to overthrow Venezuela’s democratically elected government since early 2018.

Venezuelan Foreign Minister Jorge Arreaza has lambasted the Pentagon over its decision to sail a guided missile destroyer to his country’s coast.

“Venezuela denounces the erratic and childish provocation by the US Southern Command to send the USS William P Lawrence (DDG-110) Arleigh Burke-class guided missile destroyer to within 16.1 nautical miles of our shores,” the foreign minister tweeted, accompanying his post with a formal communique from the Foreign Ministry.

Appealing to the international community, the communique called on other nations to “denounce” the US’s efforts to “intimidate” Caracas via the warship’s deployment.

The communique added that the USS William P Lawrence recognised the authority of the Venezuelan state and responded to radio communications from Venezuelan Navy ships, while claiming it was “carrying out patrol operations against drug trafficking.”

Calling the US deployment of a warship with long-range missile capability “deeply striking,” the ministry recalled the similar episode which took place in July, when the USS Pinckney destroyer attempted to make what Caracas said was a “stealth incursion” into Venezuelan waters.

Petty Officer 3rd Class Erick Pa
‘Inexcusable Act of Provocation’: Caracas Denounces US Navy Destroyer Steaming in Venezuelan Waters
The Foreign Ministry stressed that the Venezuelan military is engaged in “systematic and permanent” patrols in Venezuela’s waters as part of its fight “against the scourge of drug trafficking,” and warned that although Caracas would “not fall into absurd provocations that seek to disrupt the peace and security of the Venezuelan peoples and their fellow Caribbean peoples,” it would “guarantee the protection of its sovereignty and territorial integrity, always in accordance with international law.”

The US Navy confirmed Thursday that the USS William P Lawrence had “successfully” carried out a “freedom of navigation operation” off Venezuela’s coast to challenge the country’s “excessive maritime claims in international waters.”

Venezuela is not party to the 1982 United Nations Convention on the Law of the Sea, which outlines a 12-nautical-mile limit to member states’ coastal waters. Nor, ironically, is the United States, which signed the agreement in 1994 but has failed to ratify it in the two-and-a-half decades since.

In June, the USS Nitze guided missile destroyer carried out a similar "freedom of navigation" mission, prompting Venezuelan Defence Minister Vladimir Padrino to warn that if US warships ever attempted to carry out military operations in Venezuelan waters, they would “receive a forceful response from our armed forces.”