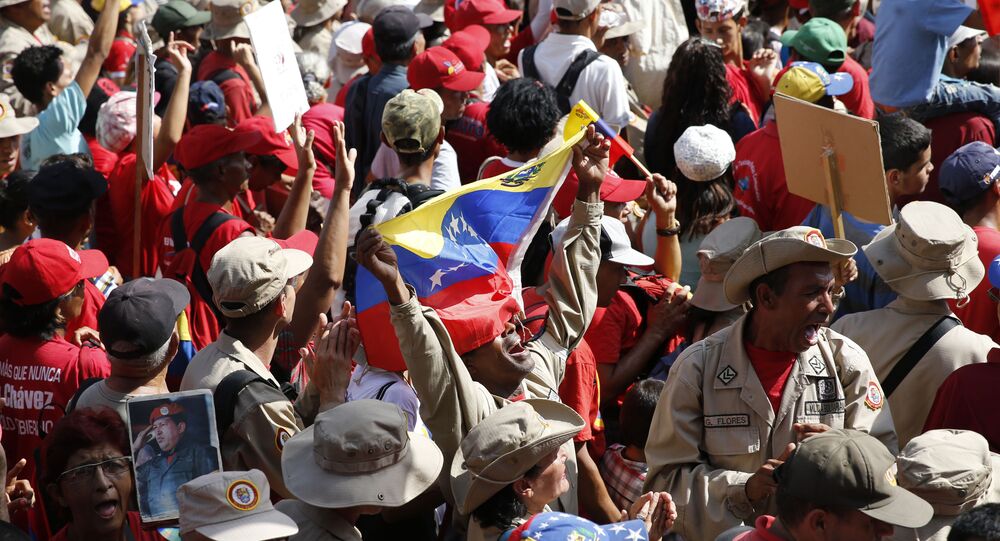 The EEAS published on Wednesday a statement on the recent visit of its officials to Caracas, saying that conditions for holding fair and democratic election are not in place, thus making it impossible to send its observation mission until the conditions are improved.

"It is lamentable that, in response to the official invitation of the election authority to join the observation process, the European Union responded with a list of conditions with the intention to refuse to recognize even specific constitutional demands, this is an unacceptable act", the ministry said in a statement.

According to the ministry, the EEAS ignores efforts by the Venezuelan government to agree on a broad system of guarantees for various political factions to have broad participation in the electoral process.

Venezuela will hold the general election on 6 December. Opposition parties, including Juan Guaido's Popular Will, pledged to boycott the election.

The political turmoil escalated in Venezuela in January 2019 following the disputed results of the October election, which saw President Nicolas Maduro re-elected. After opposition lawmaker Guaido illegally proclaimed himself interim president of the country, the United States and its allies in Latin America rushed to endorse him in the post.

Maduro has slammed Guaido as the US' puppet, saying Washington aimed to orchestrate a coup in the country in order to seize control of its rich natural resources, particularly oil reserves.