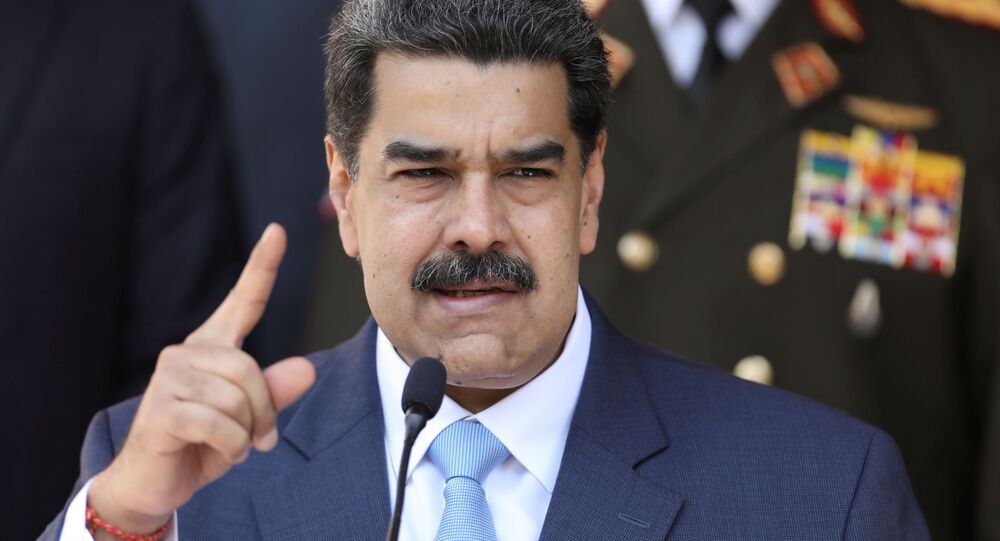 MEXICO CITY (Sputnik) - Venezuelan President Nicolas Maduro said the operation of two oil refineries had been restored and the country had become self-sufficient in petrol supplies for domestic use.

The politician did not specify which refineries he meant, and added that despite these successes, purchases of petrol from abroad for October and subsequent months did not stop yet.

"Venezuela is already producing everything it needs for domestic consumption. Two refineries have been commissioned despite brutal attacks", Maduro said in a speech broadcast in his Twitter microblog.

Earlier, the authorities reported that the supply of components and units for the refineries was carried out by Iran.

A lot of the western sanctions introduced against Venezuela have targeted the country's state-run oil and gas company Petroleos de Venezuela (PDVSA) and its subsidiaries, in an attempt to seize its foreign assets and prevent the firm from completing transactions.

On Monday, the US announced new sanctions against Maduro, imposed over his cooperation with Iran.

Today the U.S. announced rewards for information on former Venezuelan officials responsible for facilitating international narcotics trafficking. We will continue working with @TheJusticeDept to protect U.S. citizens and help Venezuelans restore their democracy.

Sanctions have been an integral part of the US campaign against what it considers as the "illegitimate Maduro regime", introduced after the political crisis escalated in the country in January 2019. Washington has endorsed opposition lawmaker Juan Guaido as the interim president of Venezuela, followed by its allies in Latin America.

Several other countries, including Russia, Turkey, and China, recognise Maduro as the legitimate leader of Venezuela. The president himself has accused the United States of trying to stage a coup in the country in a bid to take control of Venezuela's rich resources.