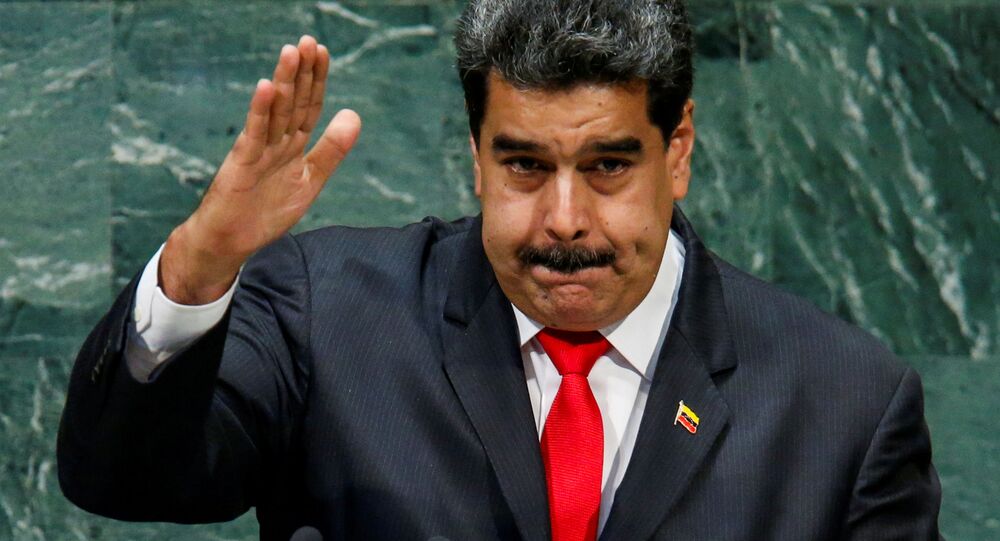 BUENOS AIRES (Sputnik) - Venezuela will continue military cooperation with Russia, China, and Iran despite its plans to develop its own armament systems, President Nicolas Maduro said on Friday.

Earlier in the day, Maduro spoke at the commemoration of the 15th anniversary of Venezuela's Strategic Command Operations, stating that the country is planning to manufacture its own weapons and announcing that a special military and scientific council is being set up for that exact purpose.

"We have everything we need to create our own system of weaponry, while continuing cooperation with Russia, China, Cuba, Iran and the entire world, we will continue receiving from them scientific, technological, weapons-related, [and] of course, strategic assistance, but we must move toward independence," Maduro said.

Russia and Venezuela have enjoyed extremely good relations for decades, with Moscow being one of Caracas' main suppliers of weapons and military technology.

On Monday, the United States imposed additional sanctions against Maduro for his cooperation with Iran. According to US Secretary of State Mike Pompeo, "for nearly two years, corrupt officials in Tehran have worked with the illegitimate regime in Venezuela to flout the UN arms embargo."

In response, the Venezuelan Foreign Ministry said that Caracas considers the new US sanctions against the country's president a form of aggression, adding that the White House cannot prevent the country from building trade and economic relations with Iran.

Several members of the international community, most notably the US, have imposed sanctions on Venezuela over recent years. Further punitive measures were enforced following the 2019 protests that saw opposition leader Juan Guaido declare himself interim leader. Russia, China, and Turkey, among others, have supported Nicolas Maduro as Venezuela’s legitimate president.

Many of the Western sanctions have targeted Venezuela’s state-run oil and gas company, Petroleos de Venezuela, and its subsidiaries, in an attempt to seize its vast fossil fuel assets and prevent the firm from completing transactions.